Pairing oolong tea with salty and rich foods from anchovies to canned tuna. See each tea steep and food pairing. 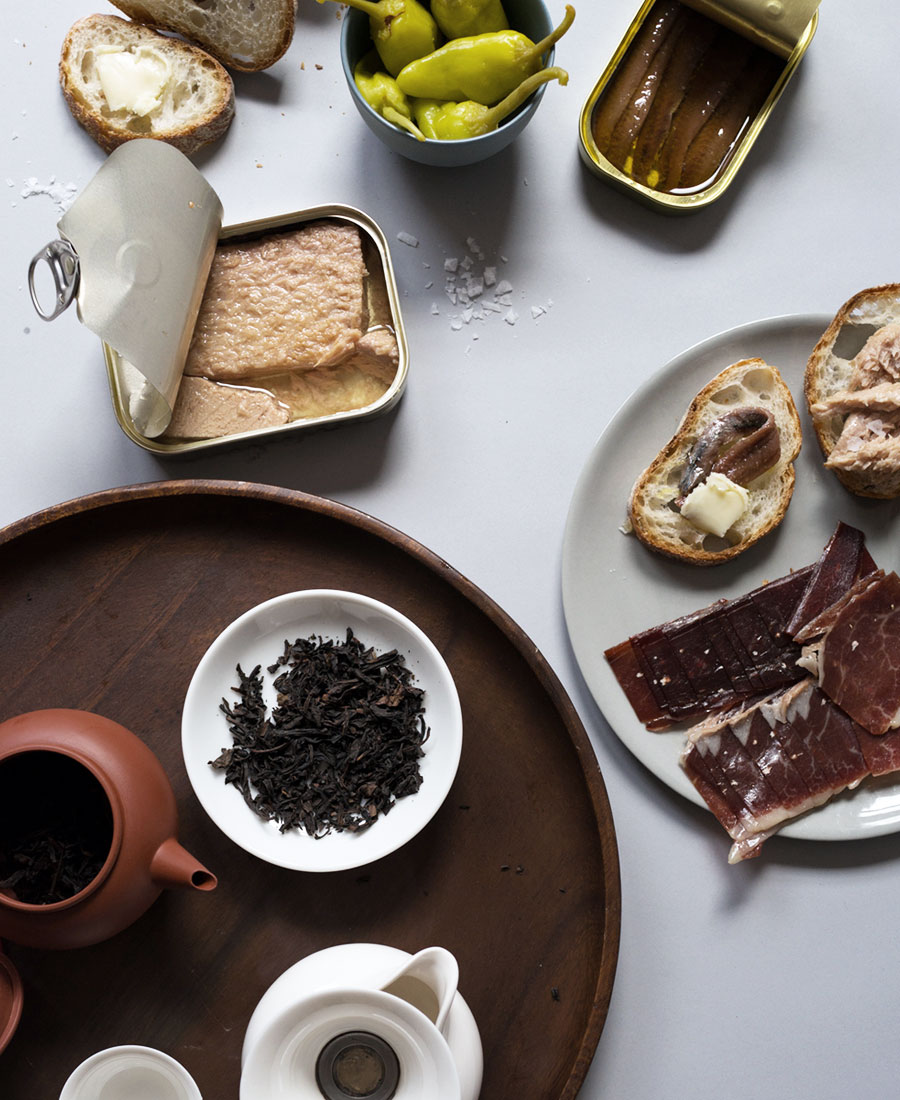 Thanks to Fred at Te Company, I was introduced to THE BEST anchovies IN THE WORLDDDDD.

By Don Bocarte, they’re meticulously packed in tins and each and every one is perfectly shaped. They’re salty, but not too much so, and meaty, and most definitely will melt in your mouth. 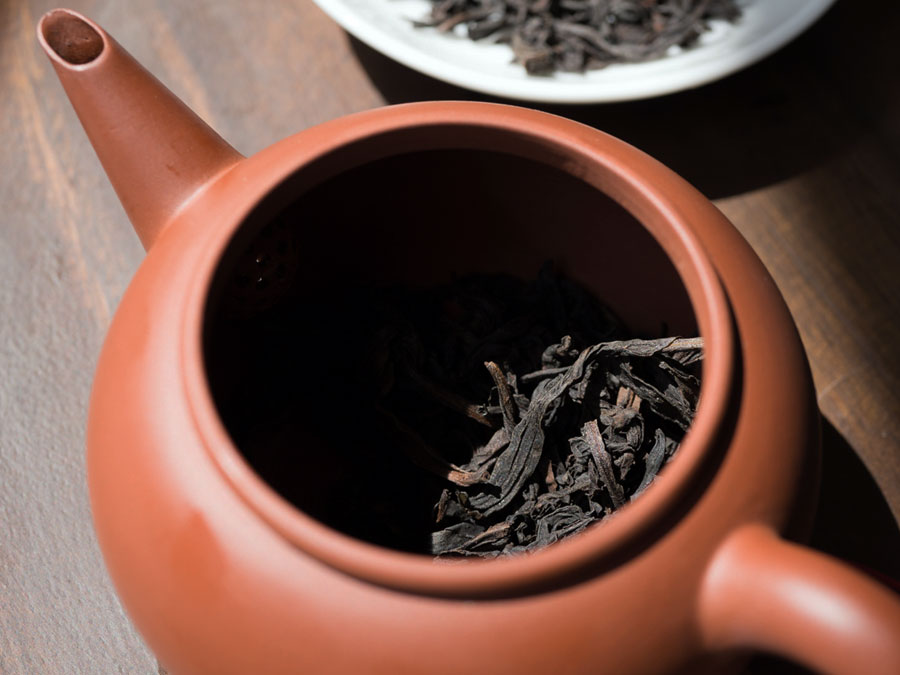 I’m in week 11 of my Tea Sommelier course with ITEI and this week, the class was a tea tasting of an oolong tea from China called Shui Xian Lao Cong. It’s also called “Old Bush Shui Xian” but I didn’t have the heart to put that in the title of the post.

The dry leaves are long and twisted, about 1-2 inches long and have been roasted, which gives it a lovely woody flavor. Yup, woody, that’s a legitimate word to describe tea.

Since it’s a Tea Sommelier course, we talk about food pairings that would work well with each tea and for this one, I immediately thought of anchovies. (Full disclosure: I think almost everything goes with anchovies.)

RELATED: Want to Get into Oolong Tea? Start Here. 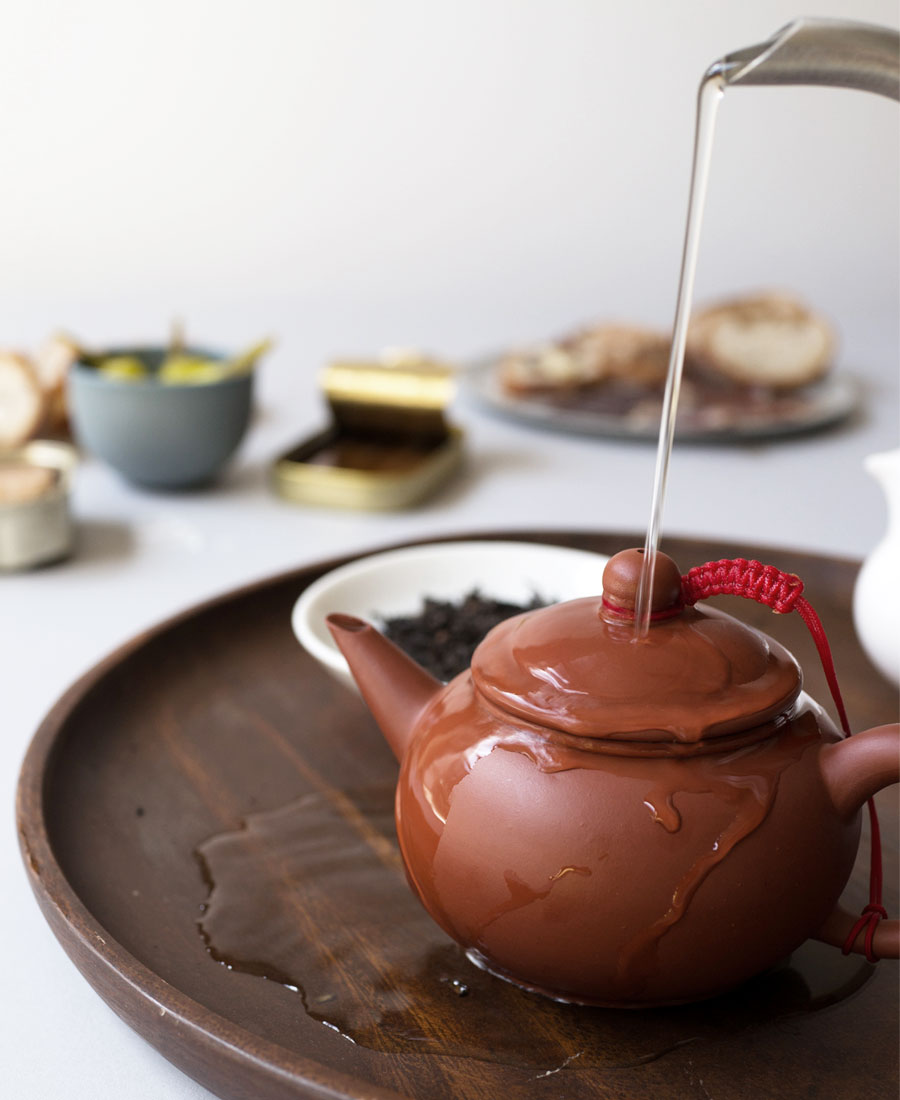 When I went to purchase the anchovies at Despana, a specialty market in NYC with imported food from Spain, I also picked up a tin of bluefin tuna (I had to try it with the insane $33 price tag. Verdict? Good, but not $33 good.) and some Iberico ham.

I added a sliced ciabatta demi baguette and pickled peppers to complete the tea pairing.

I didn’t weigh, but instead put in enough tea leaves to cover the bottom of the teapot. Water temperature was 200°F and I steeped it for 30 seconds. (I first did a quick 5 second hot water rinse of the tea leaves.)

While it was steeping, I poured on a little hot water over the teapot to “bless” it, which is apparently a thing you do. 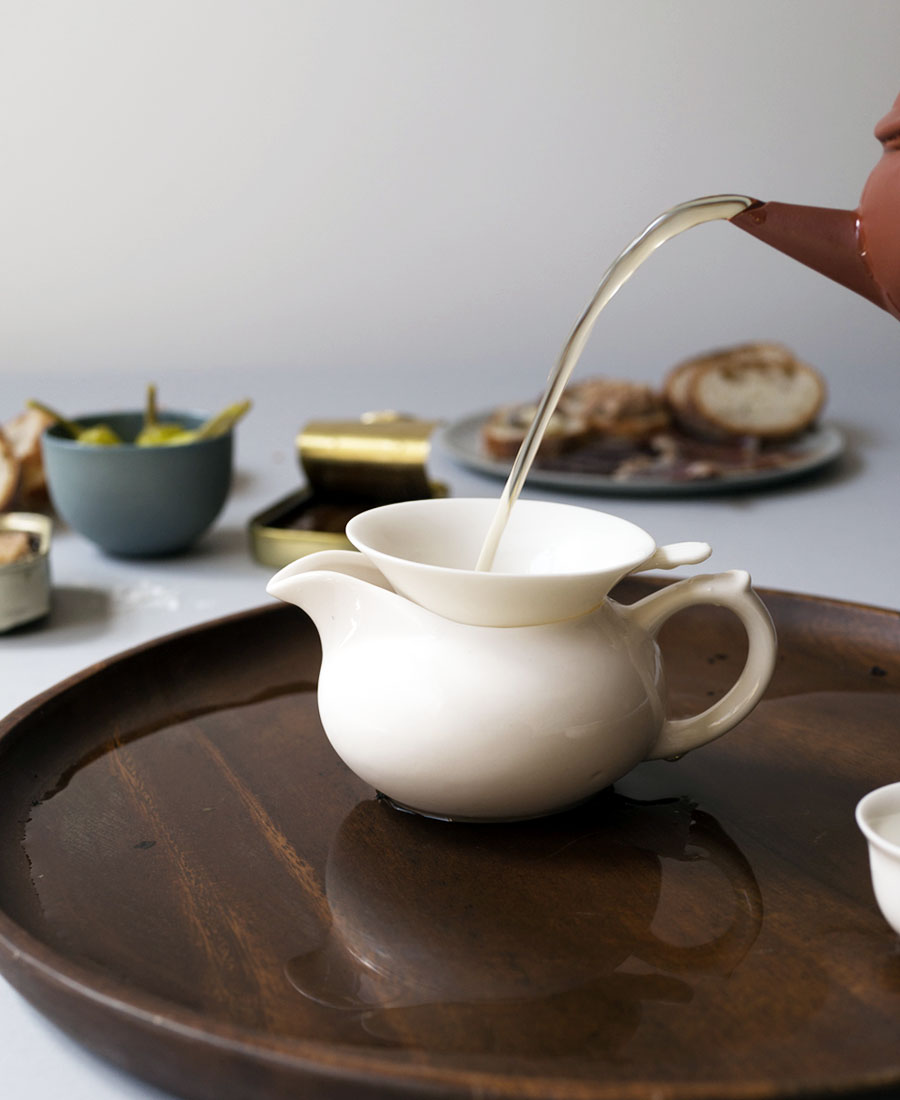 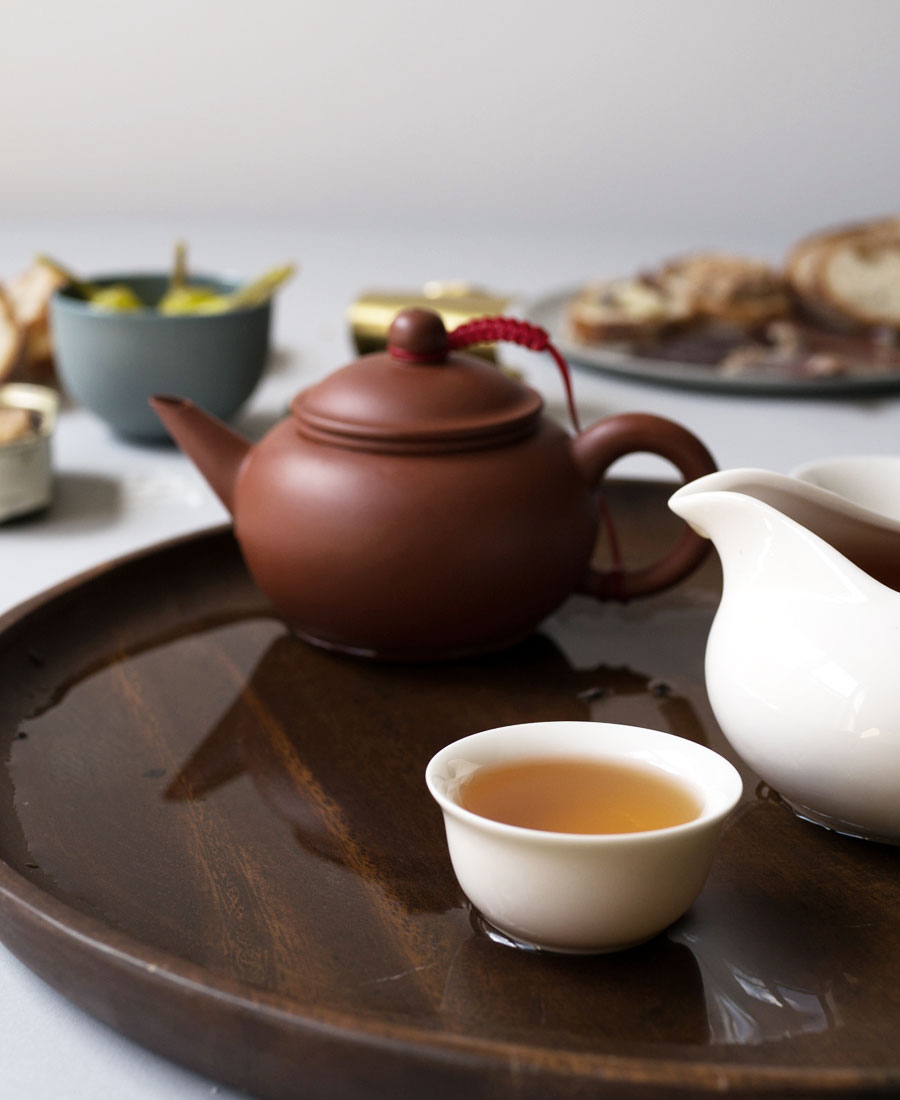 The first steep yielded a full-bodied, velvety tea, and surprisingly absolutely not bitter at all. The color was a caramel gold and it had a woody and a slightly fruity taste. 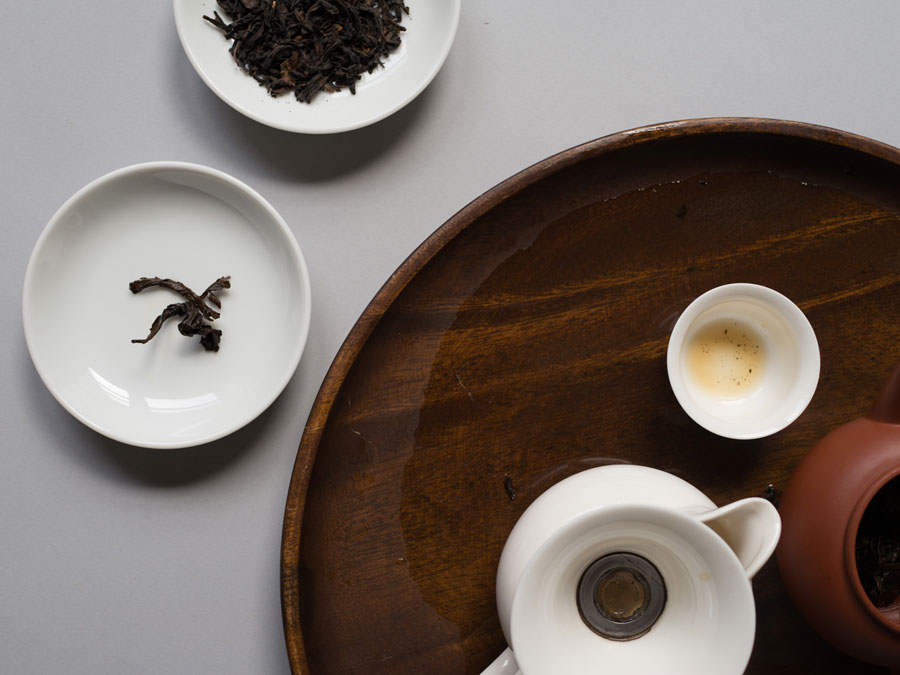 After the first steep, the leaves have barely unfurled. 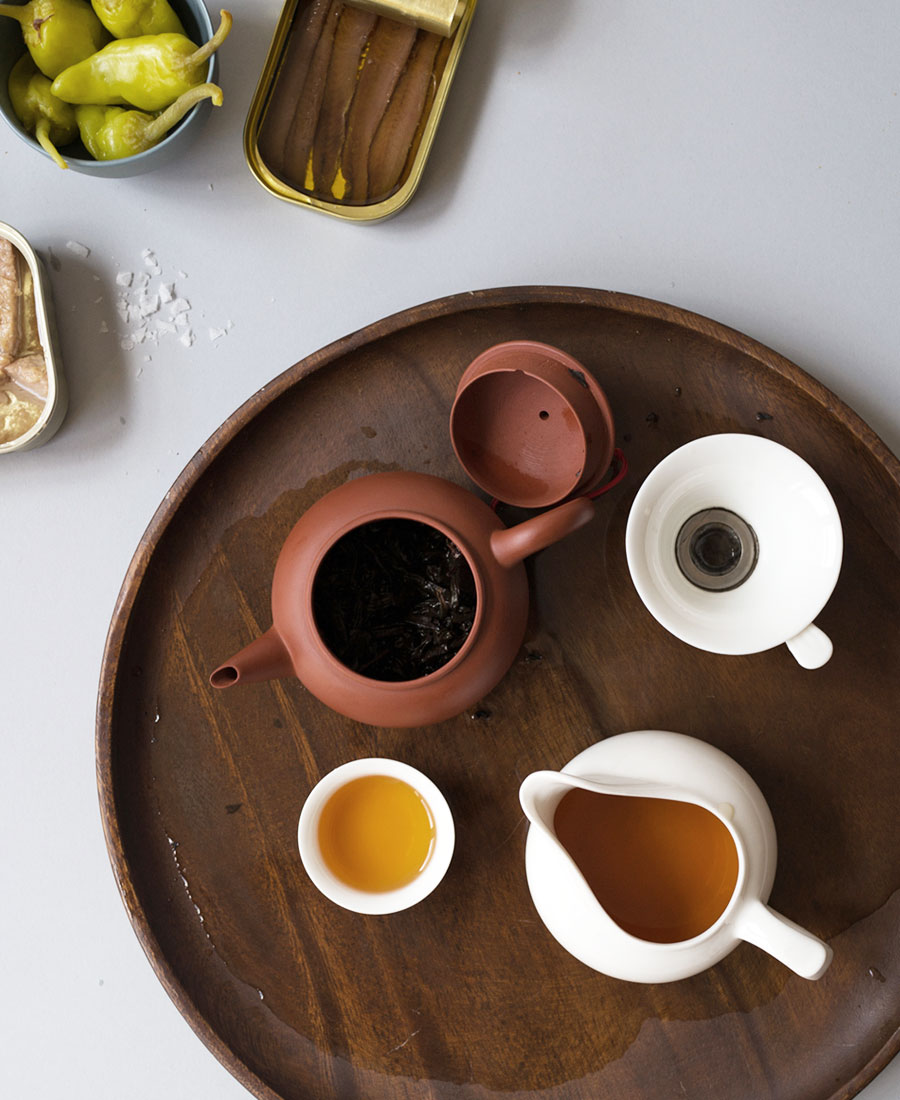 The anchovies went beautifully with the tea, enhancing the flavors even more than just eating it plain, but the miss was the Iberico ham and the cultured butter I slathered on the bread to have with the anchovies.

The fat and the richness from the ham and butter did not go with the tea at all. It made them taste worse. 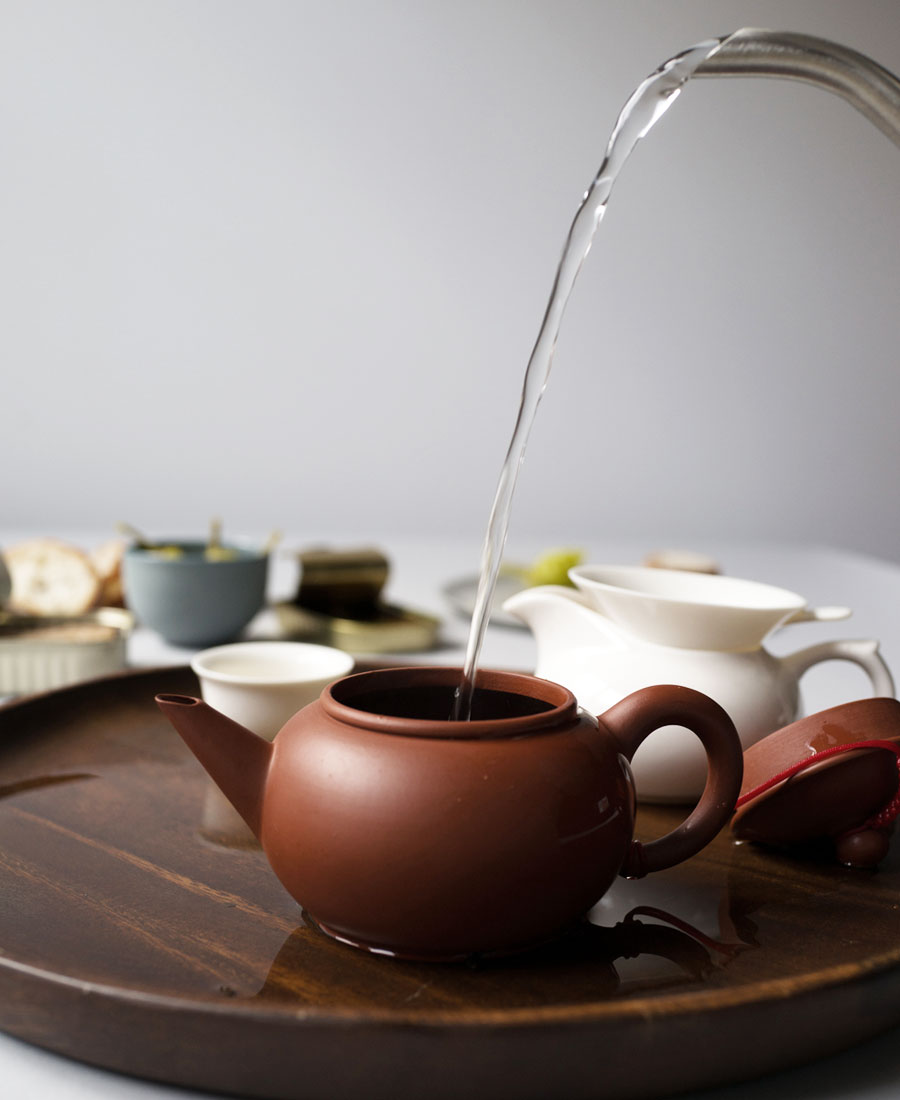 Second steep was the same as the first with water at 200°F for 30 seconds. 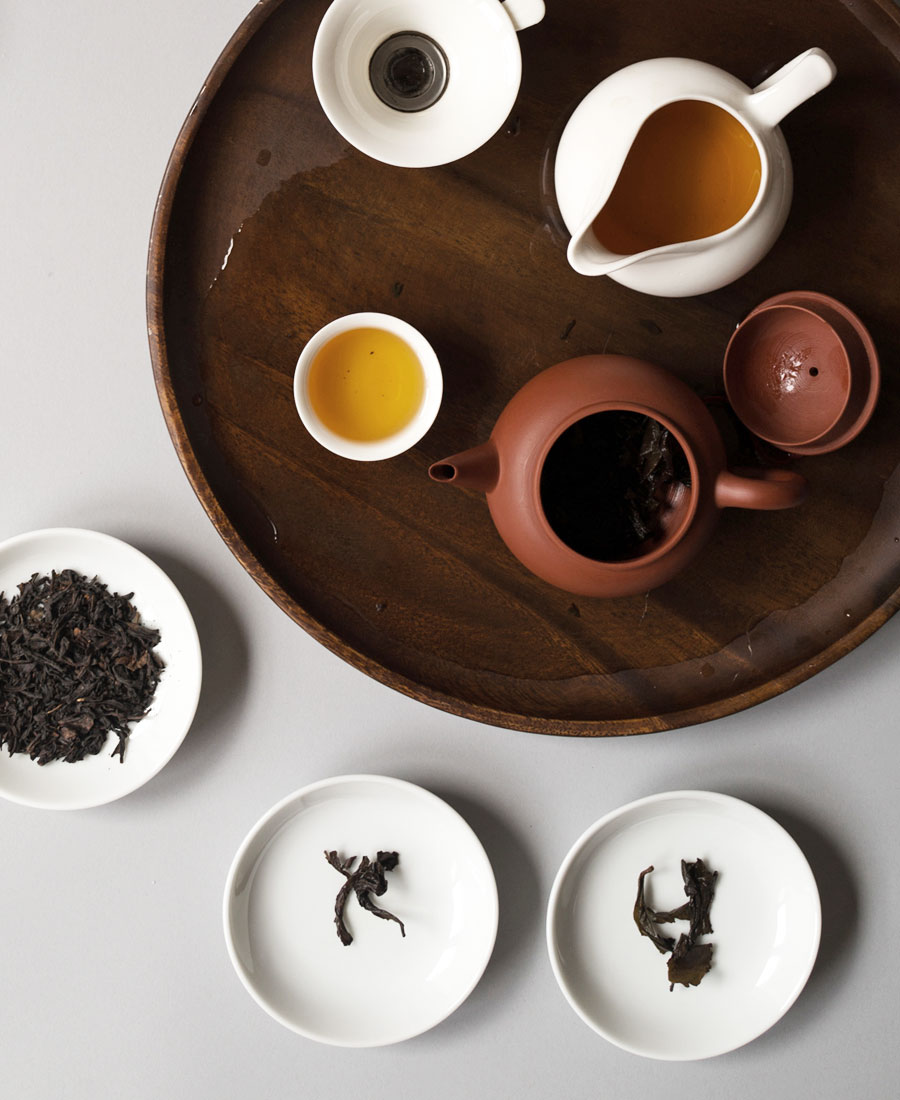 You can see how the color is just a tad lighter in gold than the first and the tea leaves have started to unfurl a bit.

The second steep was a bit more pronounced in taste than the first. 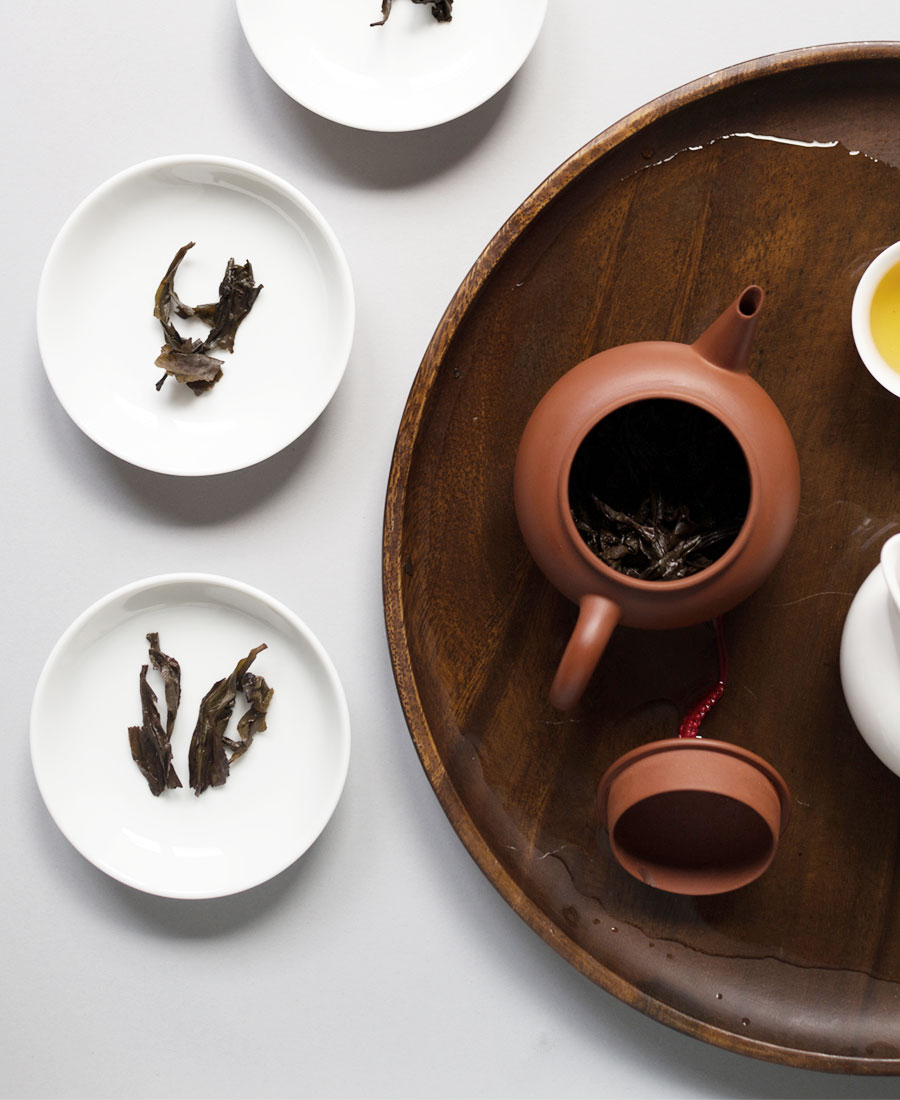 The third steep was with water at 200°F and for 45 seconds. Leaves have opened up a bit more and the taste was still holding up. 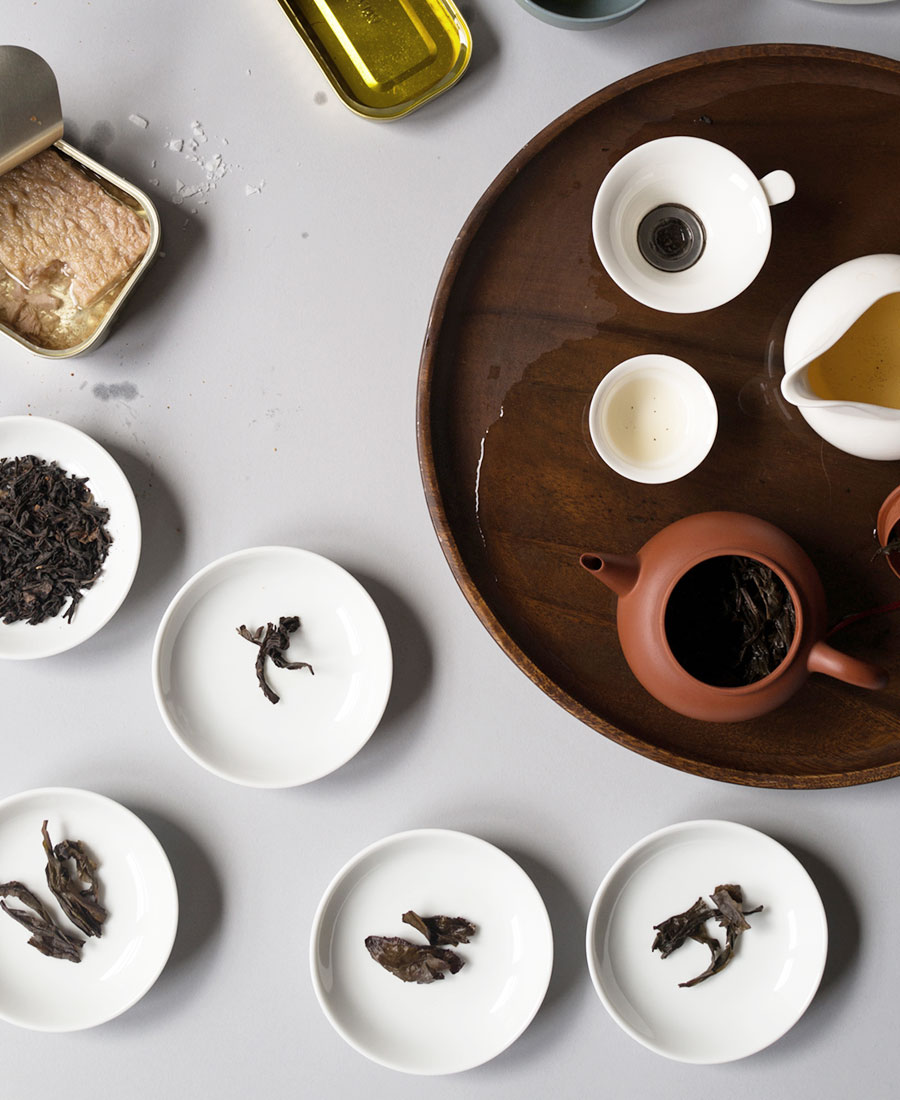 At the fourth and final steep the tea was starting to lose its characters a bit in that it tasted a little weak. In the photo above, the fourth steep is the one where the leaves have opened up the most.