Ok, so the New Museum is not my favorite museum, but Georgia gave me a heads up about the afternoon tea there so we met up to give it a try. (See her post.)

SETTING: ★☆☆☆☆
The afternoon tea is served in the museum cafe on the main floor and is run by the Hester Street Café. If you’re visiting the museum just for the cafe, no need to pay the museum admission. The space seats 40 people with a mix of tables for two to four to communal benches. I opted for the table for two since I prefer chairs with backs to bench seating.

SERVICE: ★★★★☆
There isn’t table service so orders must be placed at the cafe counter. The staff was friendly and brought our afternoon tea set over to us once it was ready.

TEA & TEA SELECTION: ★★★☆☆
Not a bad tea selection of seven loose leaf teas from McNulty’s Tea & Coffee Co. considering the afternoon tea is just $20/per person. I got the Pan Fired Green Tea which was good.

Since there were two of us, we got the Afternoon Tea for Two for $35. Teas arrived first, then a little while later, a three-tiered tray with food for two.

SCONES: ★★☆☆☆
Didn’t love the scone (we got one each) since they were on the dry side and very small portions of butter (not clotted cream) and jam were served. Plus, it was odd only one knife was given for the both of us.

SWEETS: ★★★☆☆
The macarons were definitely a miss but the tea cake, mini bundt cake, and shortbread tea cookies were good, although forgettable. 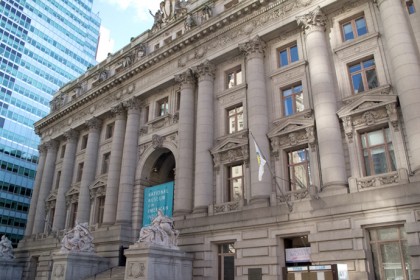 U.S. Custom House & The National Museum of the American Indian 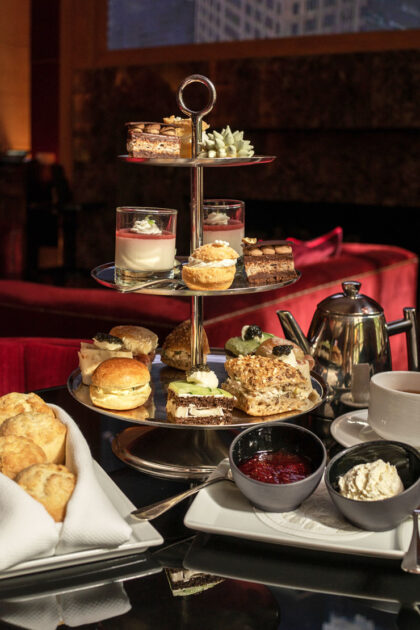 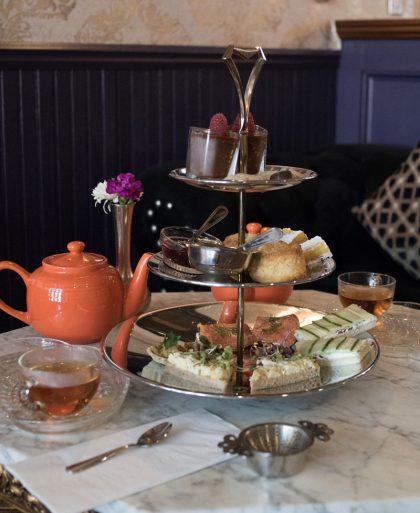