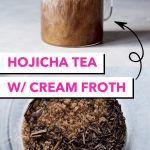 A rich and decadent Japanese hojicha tea latte made with a frothy cream topping that’s both sweet and a little salty. 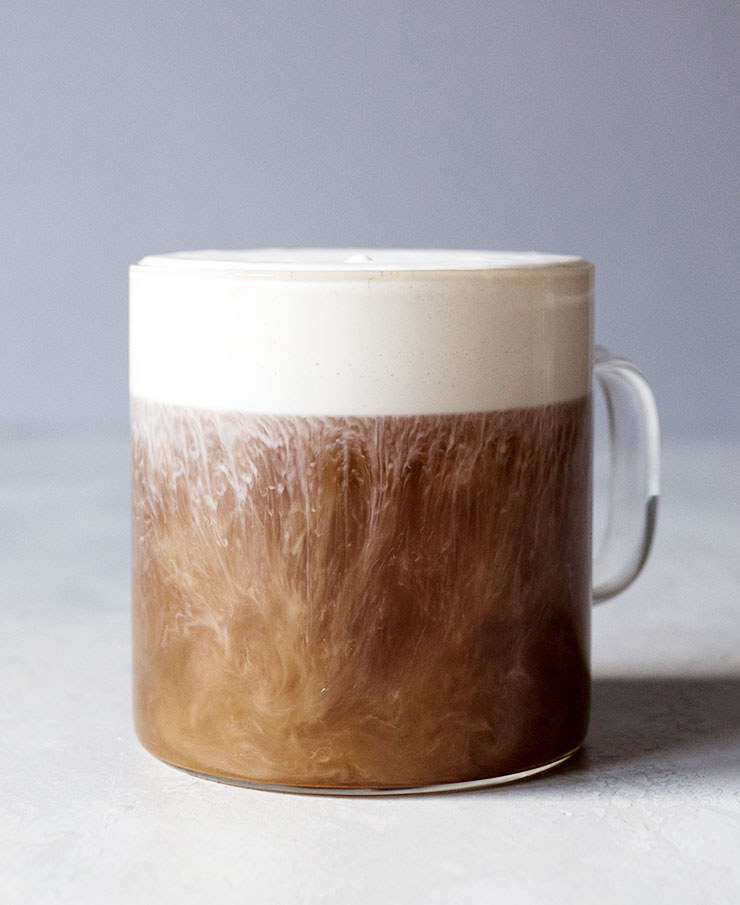 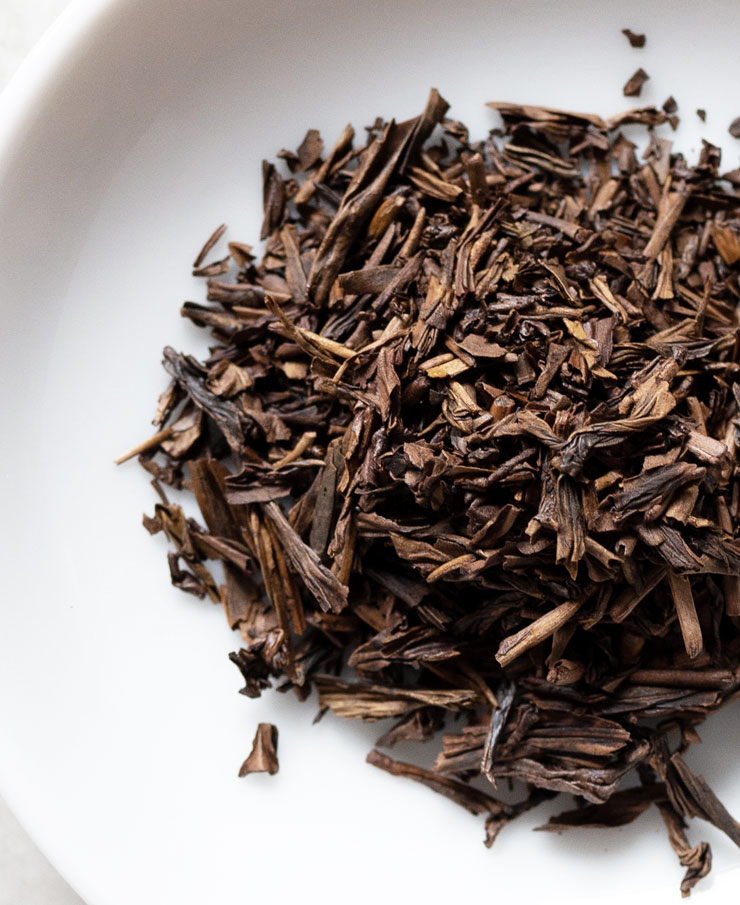 What is hojicha?
Hojicha is a Japanese roasted green tea. It gets its reddish brown color through the roasting process. It’s made up of twigs and leaves of the tea plant.

What does hojicha taste like?
Because hojicha is roasted, it has a nutty, toasted, caramel-like taste. 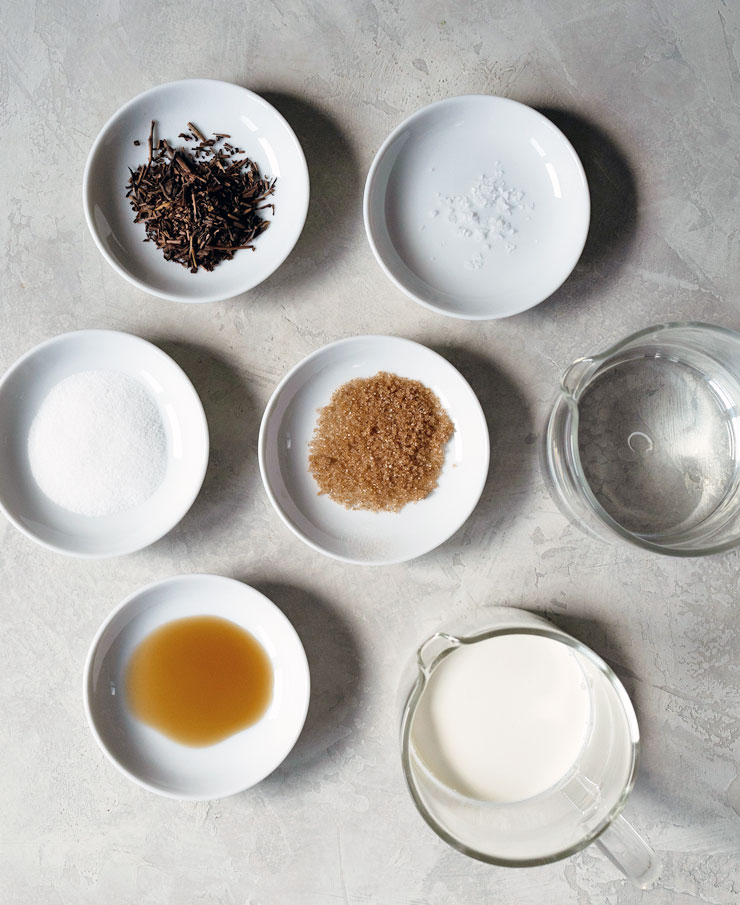 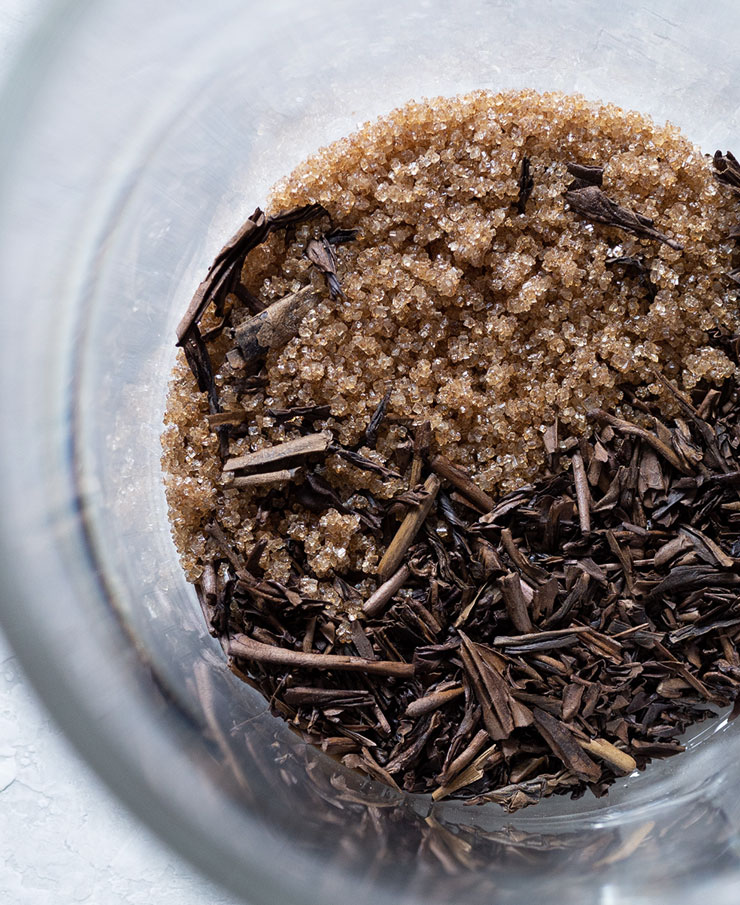 How to Make It

There are 2 parts to this drink: 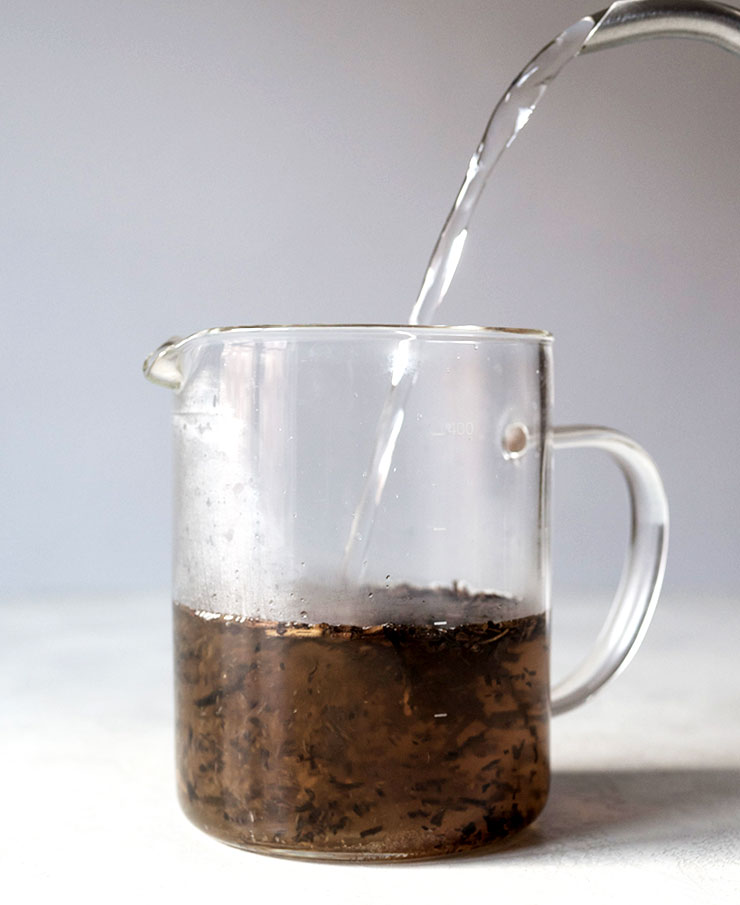 Boil water on the stovetop, or if using an electric kettle with a temperature setting set it to 208°F.

Tea tastes better when it’s made with the best tasting water, so use filtered water if possible.

STEP 2: Combine tea and hot water in a teapot. 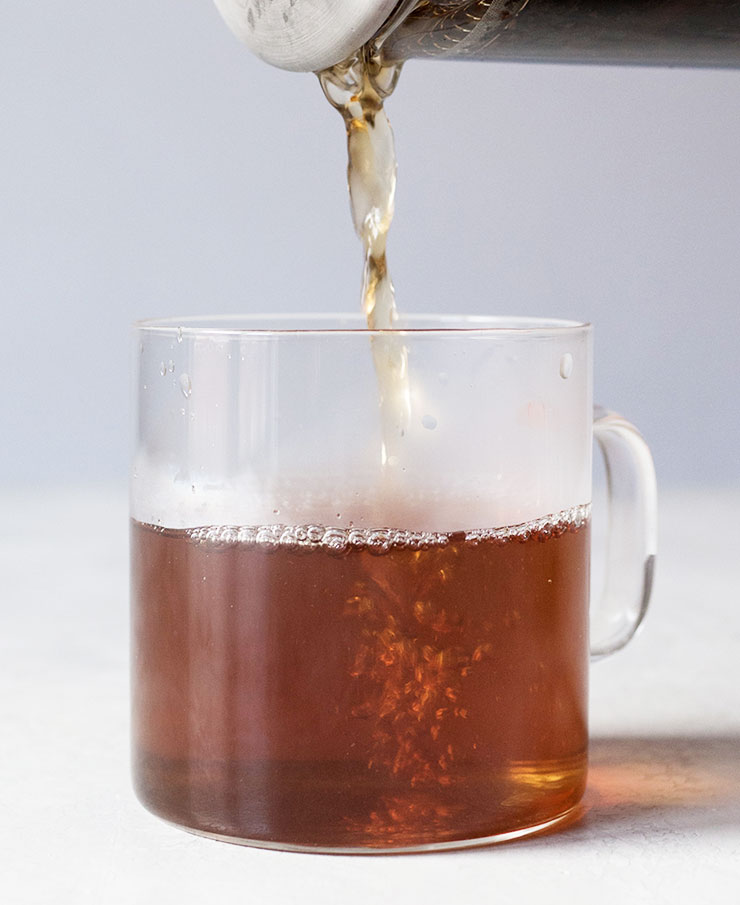 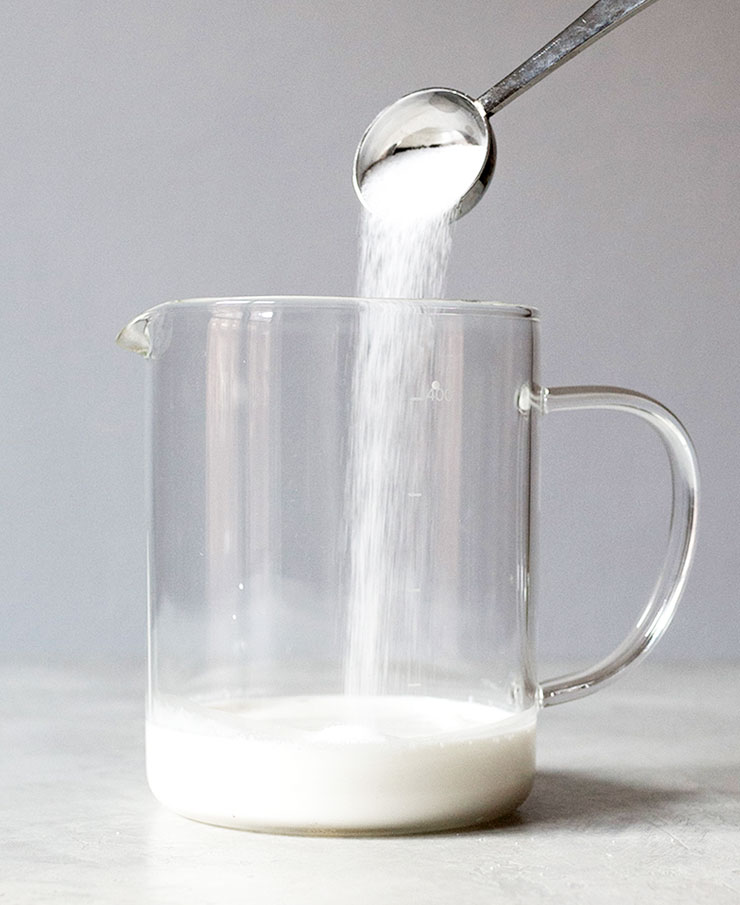 Whip using a handheld milk frother for about 10 seconds. Once it has thickened, stop whisking — it’s done. 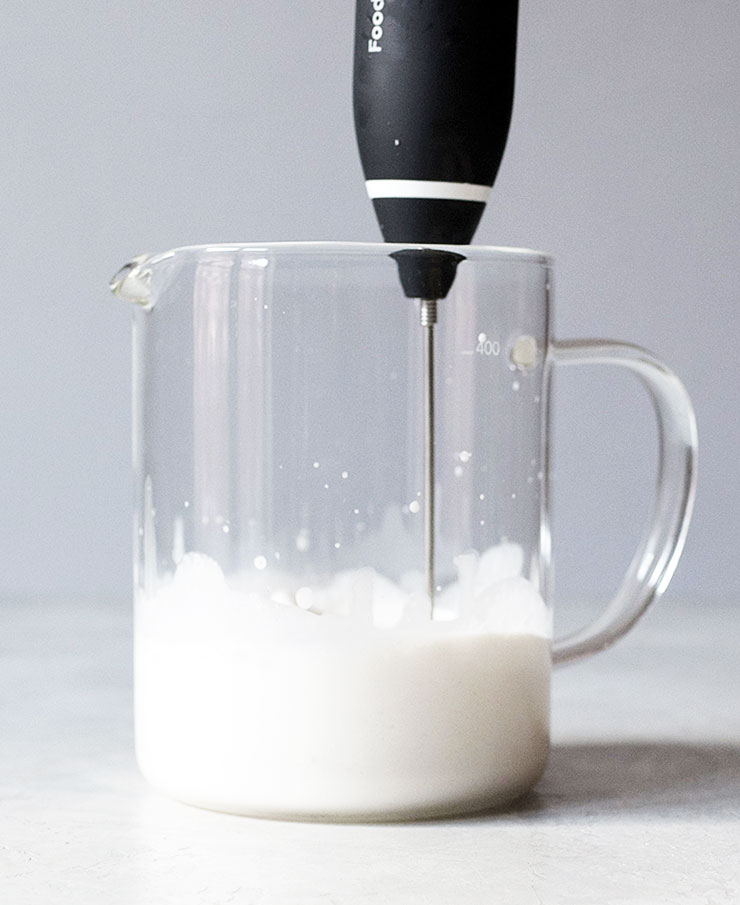 The tricky part is not to overwhip. We don’t want whipped cream with the stiff peaks.

The consistency to aim for is a thickened cream. When you try to pour the cream, it should be able to but just slowly.

If you overwhipped, just add a little more heavy cream (one teaspoon at a time) and stir it in using a spoon. 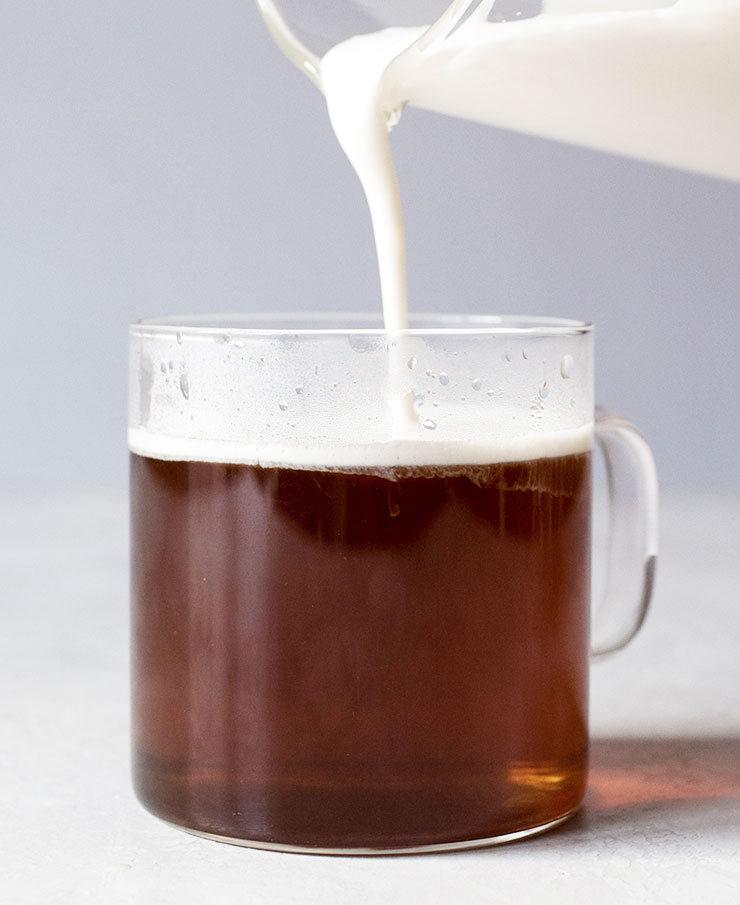 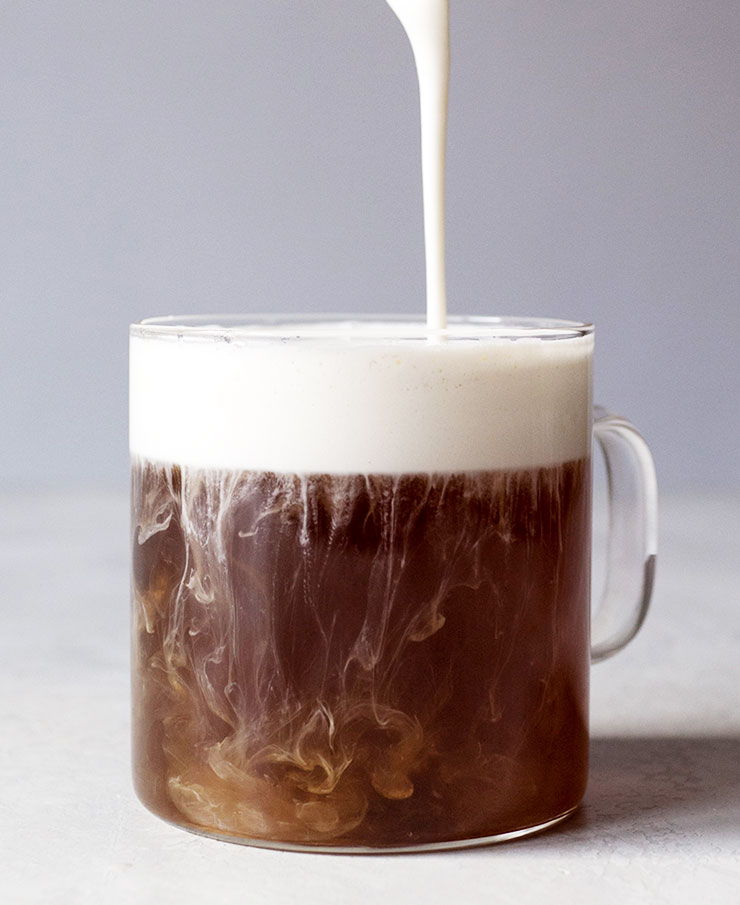 The cream froth is light since we whipped air into it, so it’ll suspend itself on top of the tea for a bit. 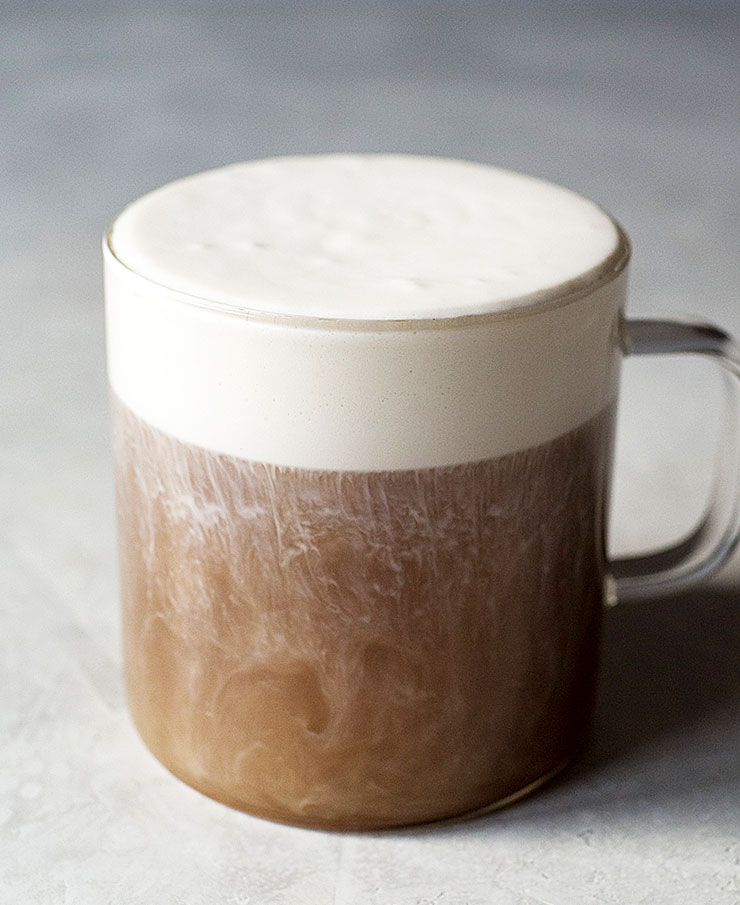 I don’t like to stir the cream froth into the tea but just drink it as is, tasting the cream first, then the tea. 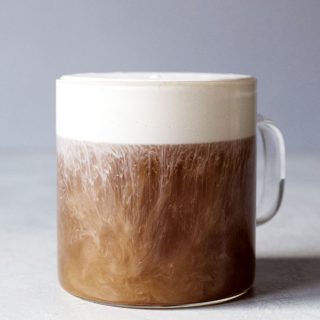 If you overwhipped the cream froth, just add a little more heavy cream (one teaspoon at a time) and stir it in using a spoon.

In collaboration with the Tea Council of the USA. All words, photos, and opinions are mine, as always. 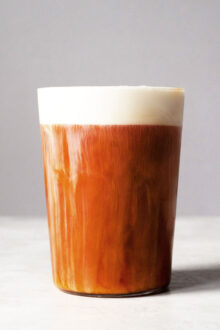 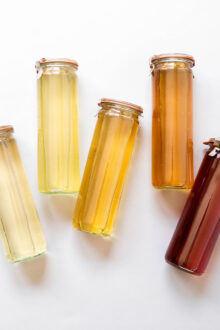 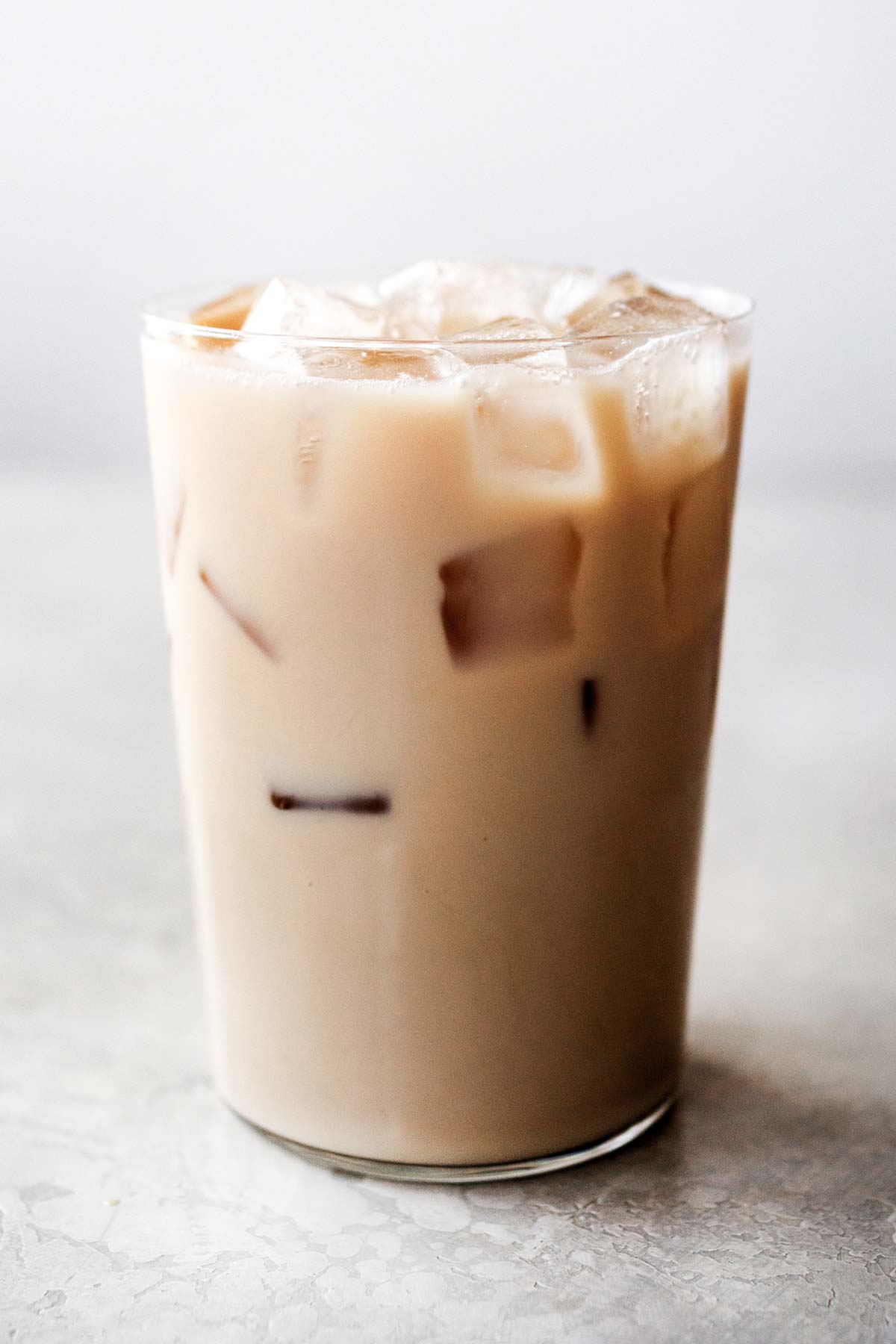 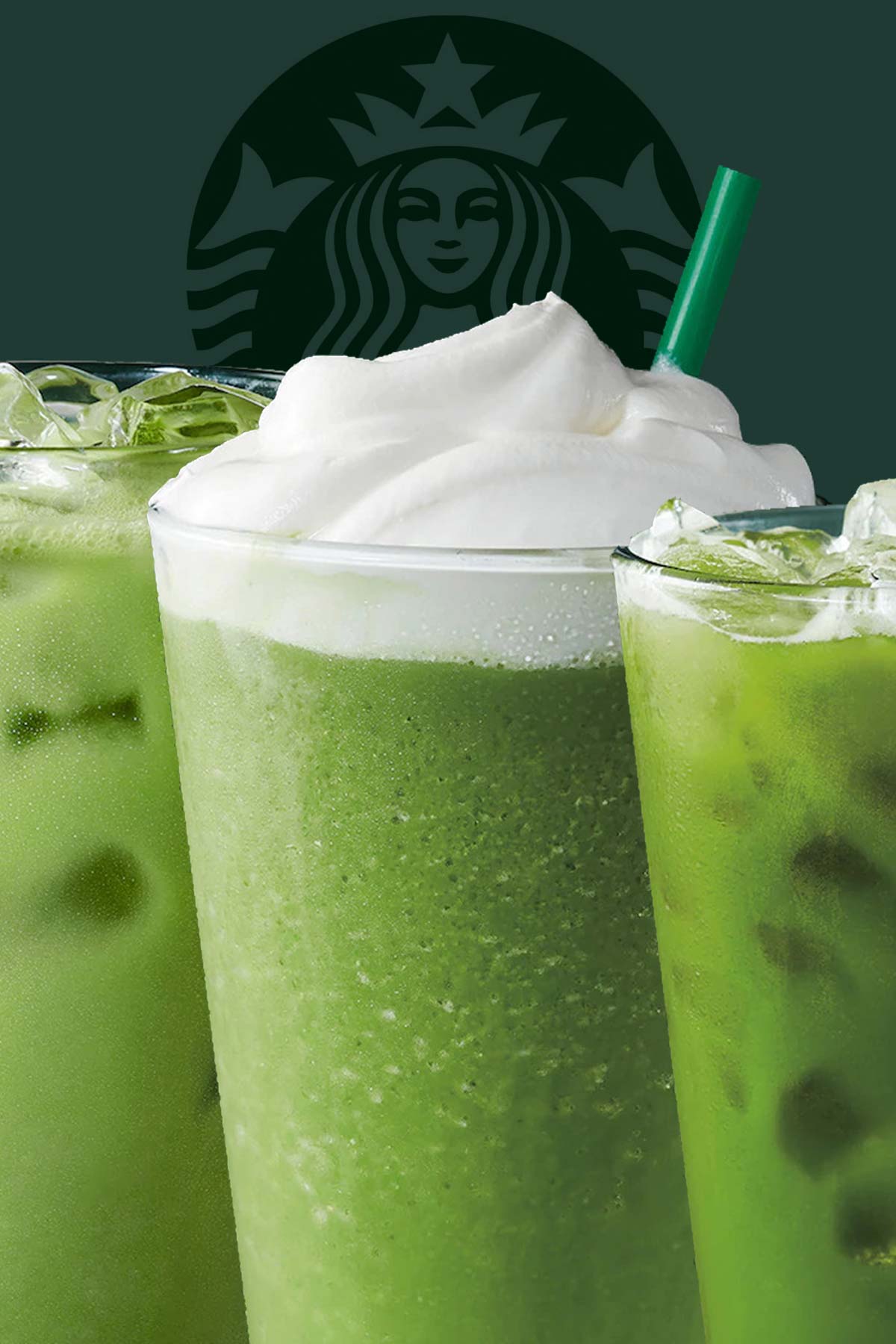 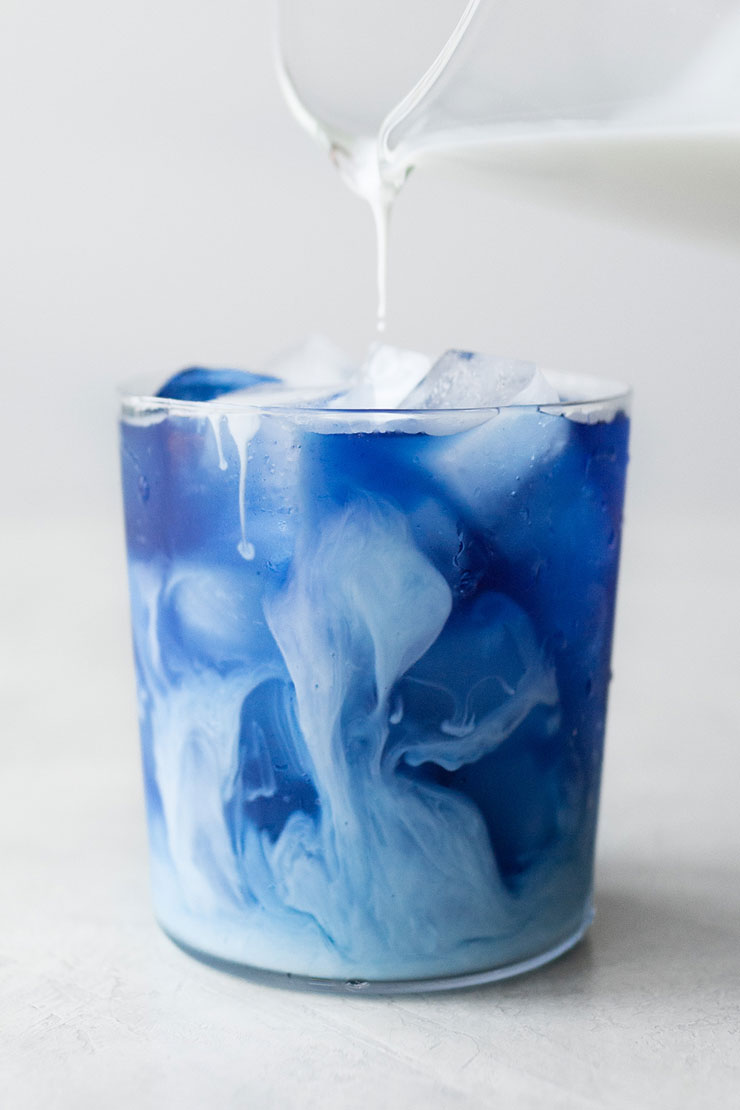 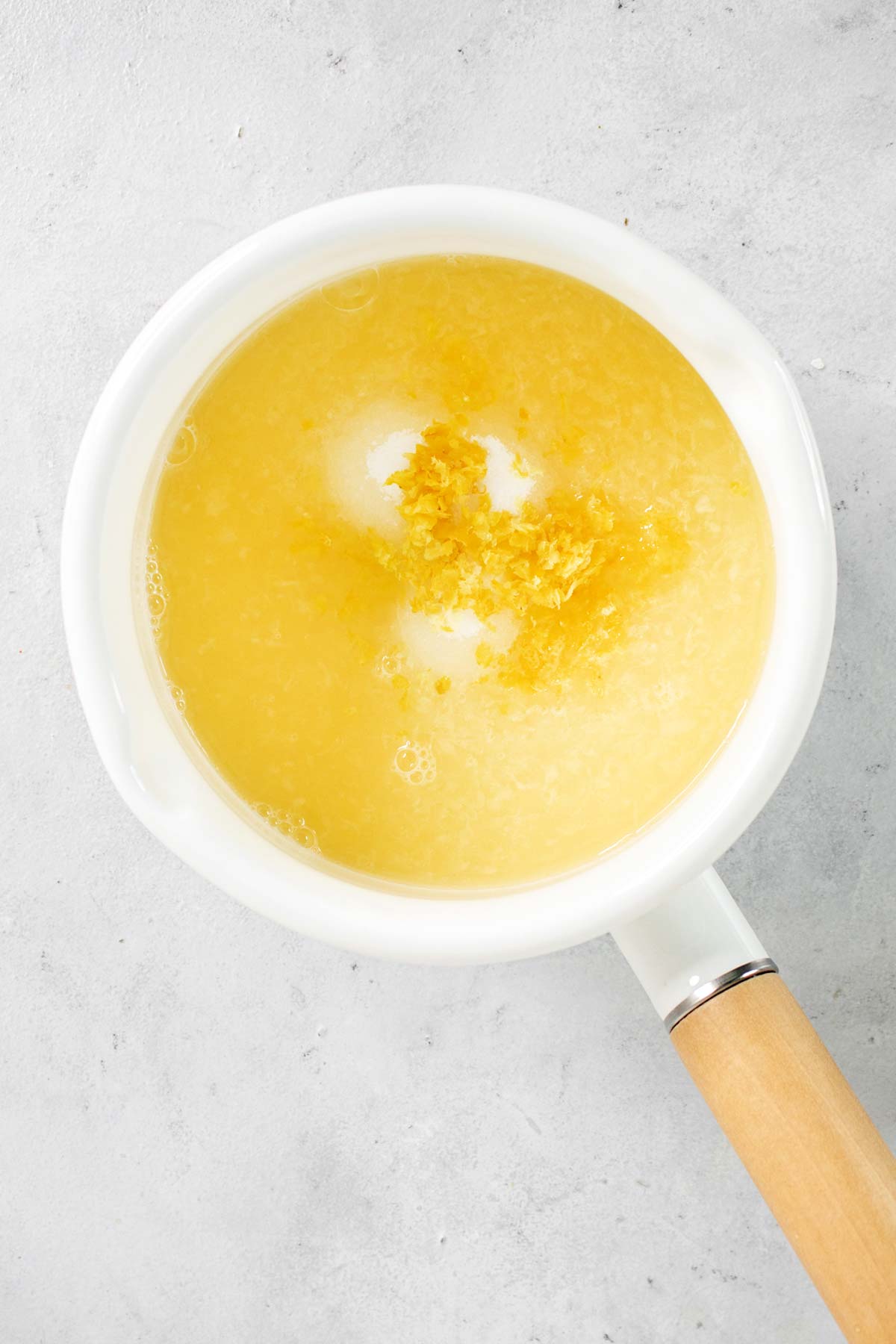 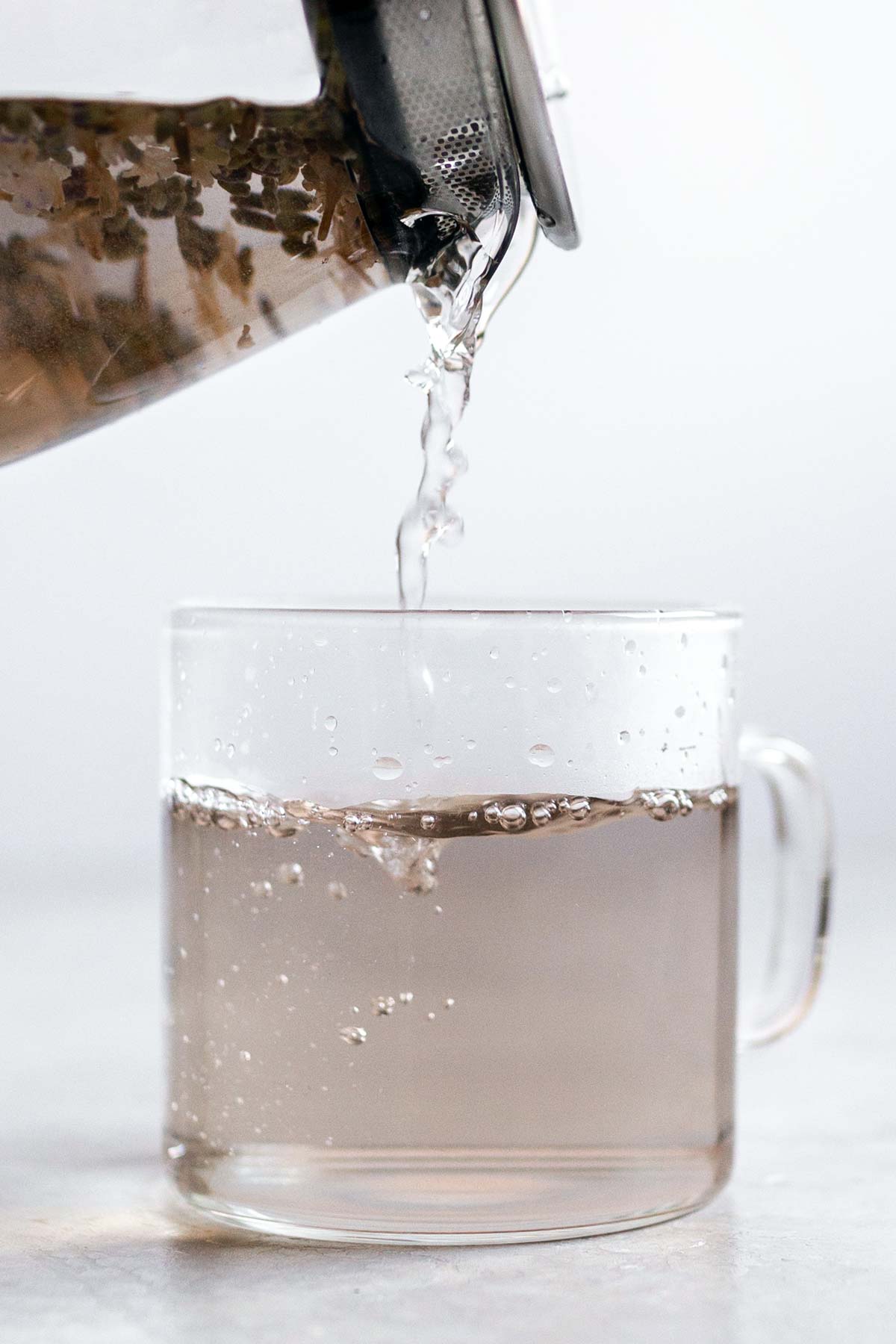