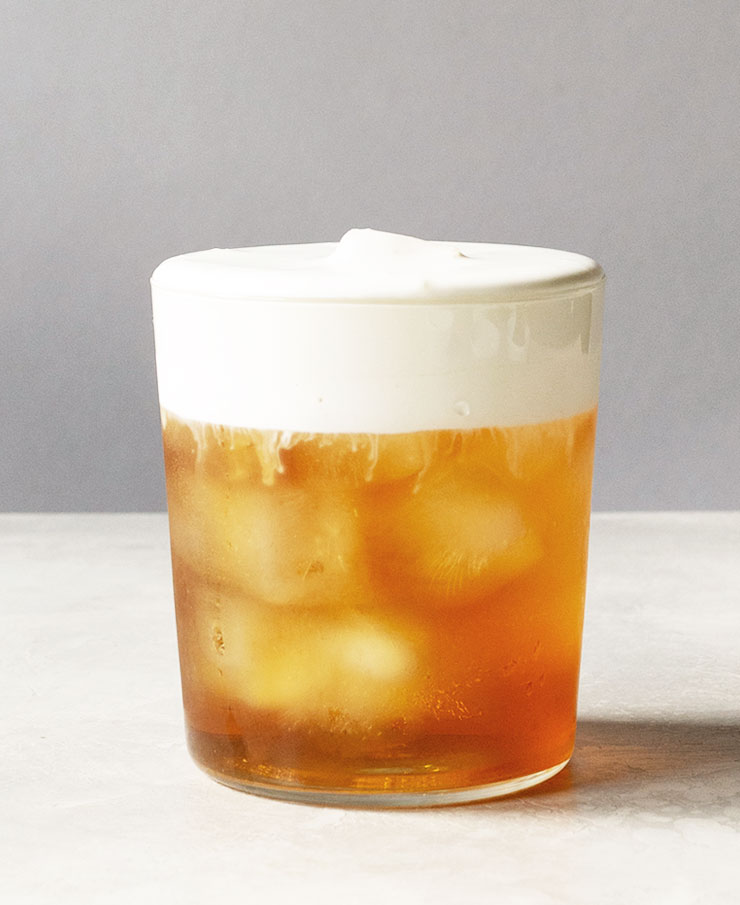 Earl Grey is one of the most popular teas in the U.S. and it’s one that a lot of people get started with when drinking tea.

Earl Grey is a tea made from blending black tea and flavoring it with oil of a citrus fruit called bergamot.

Named after the Earl Charles Grey of England, the story goes that the tea blend was given to the Earl as a thank you gift from a Chinese tea blender.

I’ve never been to afternoon tea where Earl Grey hasn’t been on the menu. (Actually, I take that back, I can think of at least one place that didn’t have it on the menu.)

Earl Grey is good hot and cold, with or without milk. 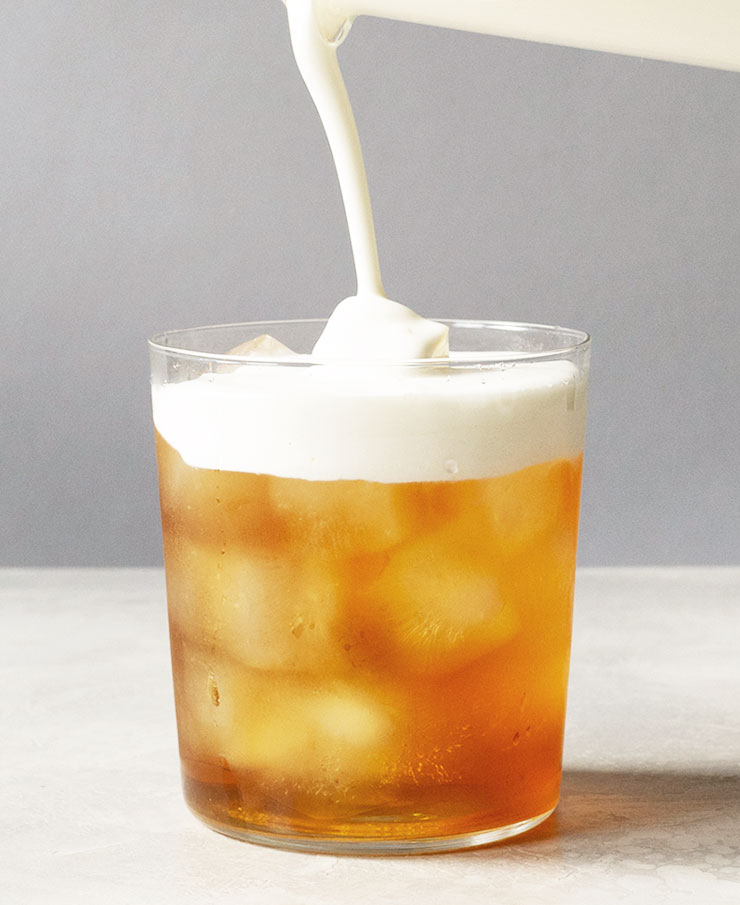 I’ve been having fun with layered drinks and wanted to create a creamy topping for iced tea lattes.

This is when Queenie, my recipe developer extraordinaire, stepped in and whipped this up for me in two seconds. It was DELICIOUS.

Cream froth is basically a milk cloud that is made of lightly whipped cream with some sugar and salt added.

The key is to whip it until it just starts to thicken. If you whip until you get peaks, you’ve over-whipped and the cream will just sit on top of the drink instead of lazily and gorgeously making its way down to the bottom of the cup.

I used a handheld milk frother (I’ve bought so many and this one lasted the longest BY FAR) to whip the cream and it just takes about a minute. Super easy and quick. 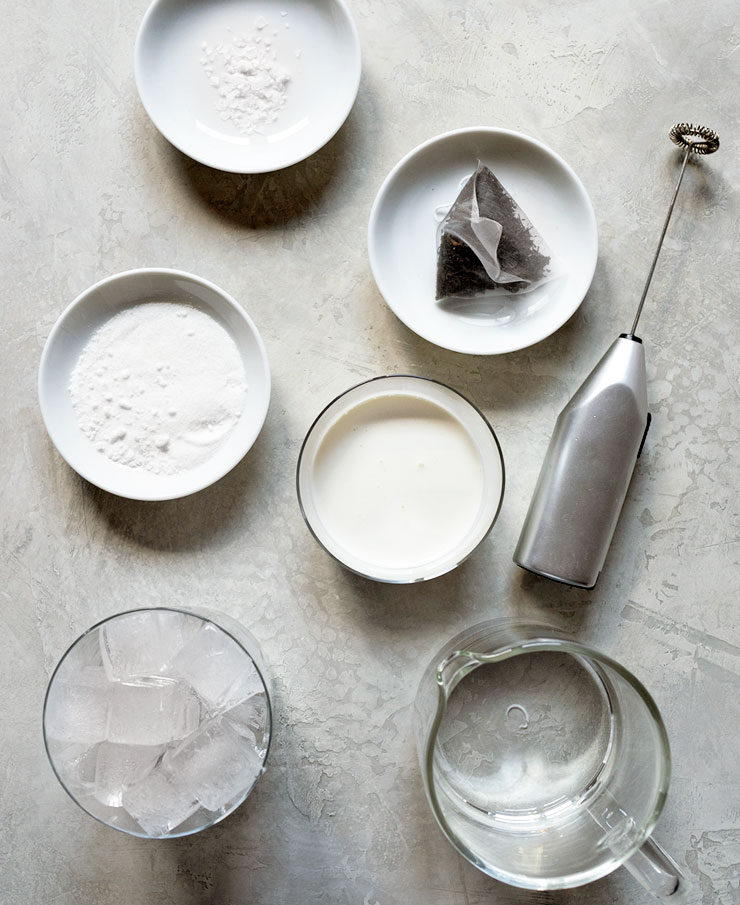 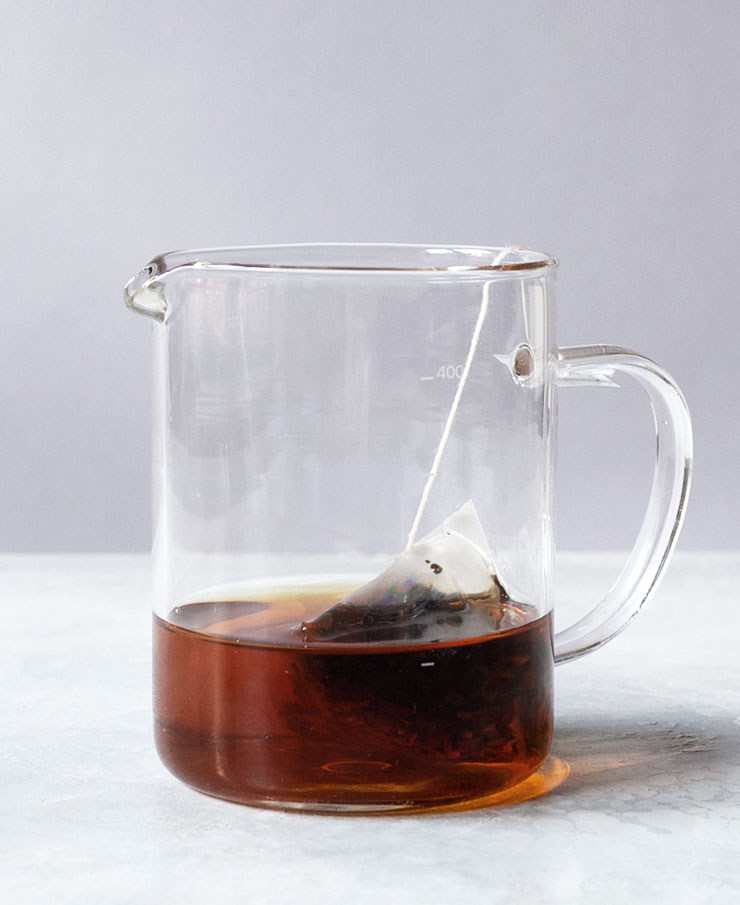 How to Make Earl Grey Iced Tea with Cream Froth

Let’s start with the iced tea.

Usually, I cold brew iced tea since it makes excellent iced tea, but for this recipe, I brewed the tea in hot water first then added cold water.

This method is much quicker than waiting for the hot tea to cool for iced drinks.

Because the heavy cream topping is so rich, I wanted to make sure I brewed a strong Earl Grey. Go with two tea bags for this.

Boil water and steep two Earl Grey tea bags for about five minutes. Then, throw out the tea bags and add cold water. 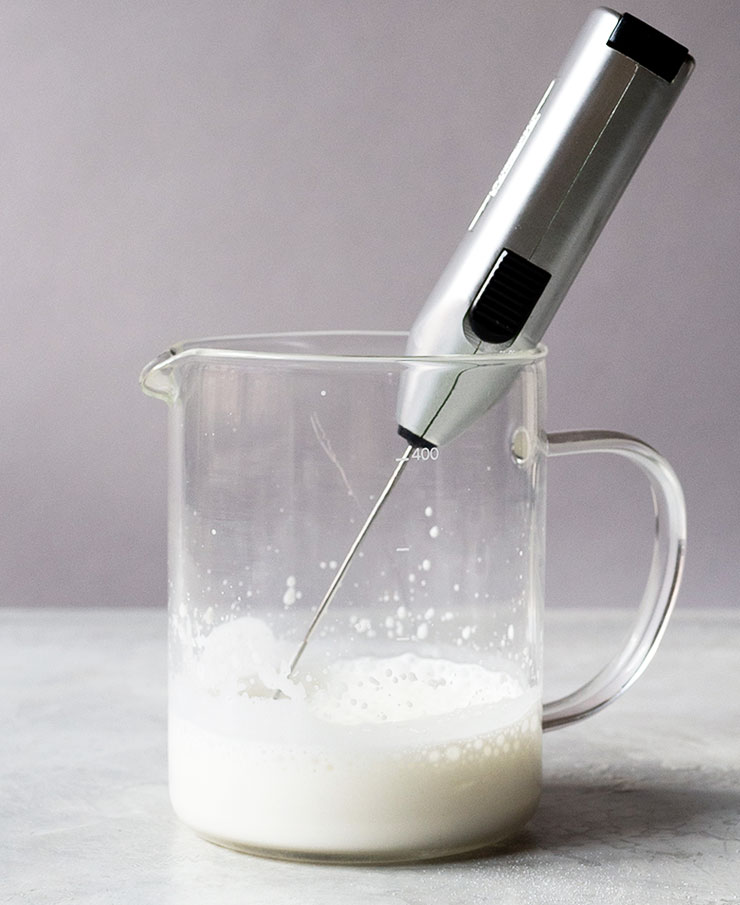 Once you’ve made the tea, it’s time for the whipped cream topping, which is the cream froth.

In a container with heavy cream, sugar, and salt, whip it all together with a handheld milk frother.

It takes about a minute to thicken to the right consistency. What I like to do is to tilt the cup a bit after using the milk frother and see how quickly it runs down the cup.

The aim is to have it still be liquid enough to slide down the cup slowly: not too thick or too thin that it doesn’t budge or it pours out too quickly. 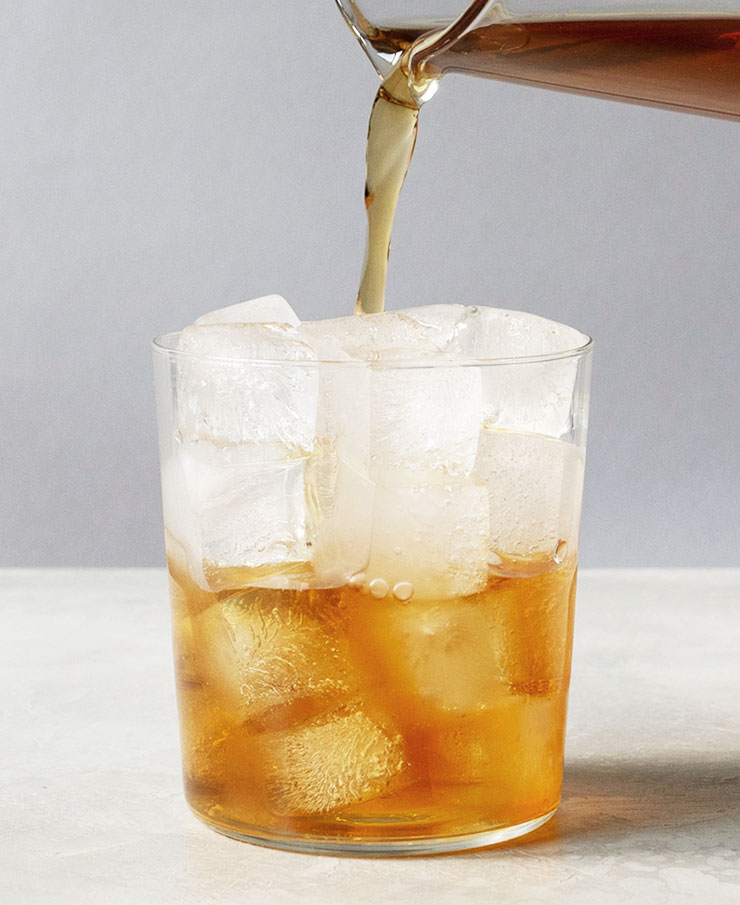 Time to put the whole thing together!

In a cup filled with ice, pour the tea almost to the top, leaving room for the cream froth.

RELATED: How to Make the Best Iced Tea (Cold Brew It!) 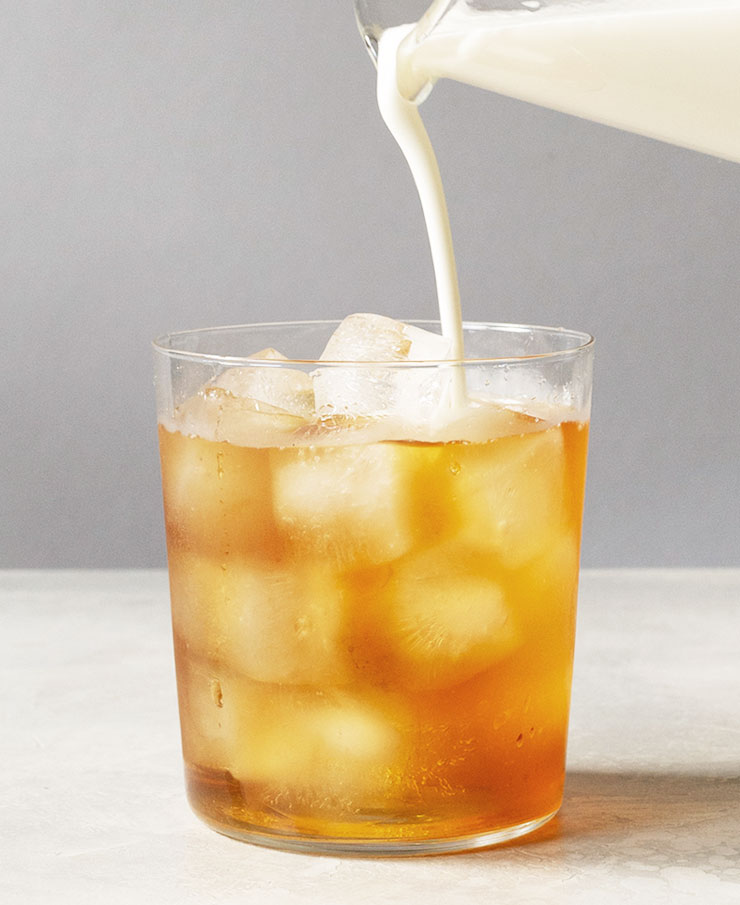 Next, pour the cream froth on top.

With the ice and the thicker consistency of the cream froth, the cream topping will sit nicely on top, creating a layered effect. 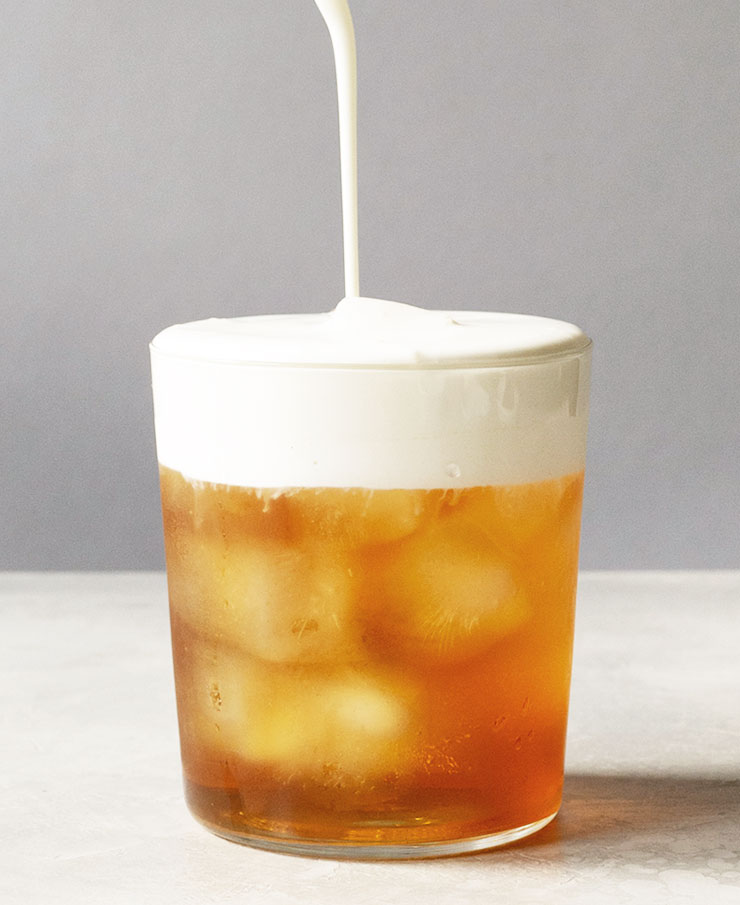 You’ll start to notice that the cream will slowly make its way down.

Make sure to stir (I know, it’s a sad thing to see) so you’re drinking an Earl Grey iced tea latte, not first the cream then the iced tea. 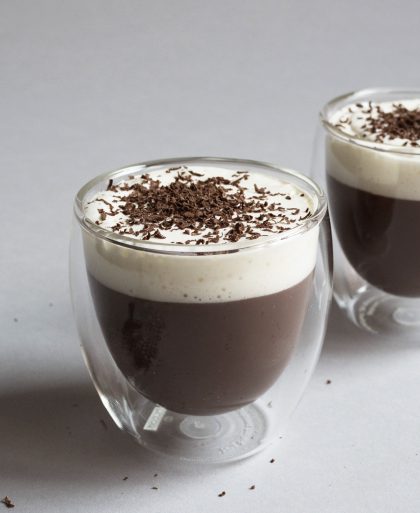 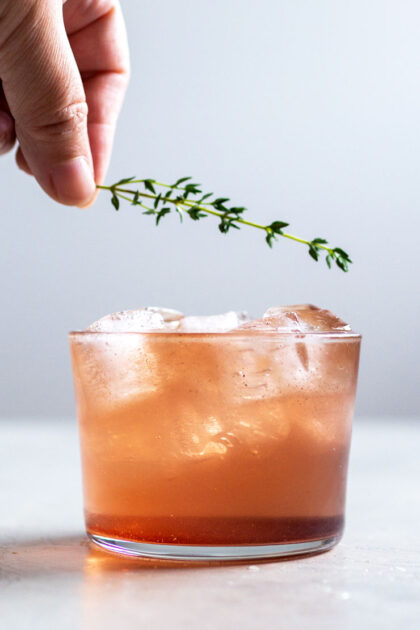 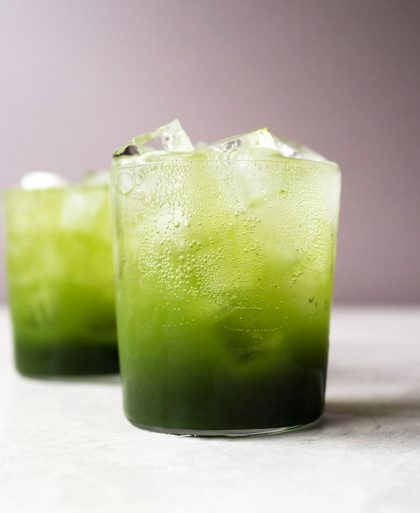