Chai latte from scratch with whipped cream is perfect for those cold winter days and nights. You’ll never want to go back to store-bought chai after making this!

Masala chai is a spiced tea drink common in India. Masala chai means mixed-spice tea. In the US, we shorten masala chai to just chai.

3 tips to make it Easy & delicious 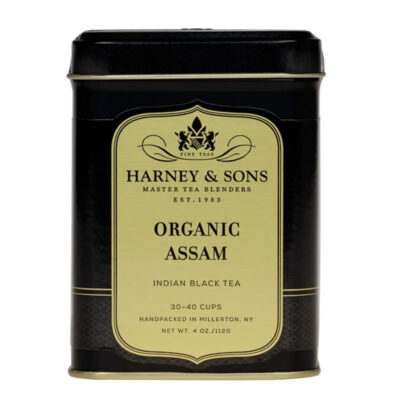 A great black tea that tastes good alone or when used in drink recipes that require black tea.
SHOP NOW

How to Make Chai Latte From Scratch

Crush or chop star anise, cloves, and cardamom pods into smaller pieces so that the flavors can be infused better.

Use filtered water if you can since it’ll make your tea taste better.

This can be made ahead of time and into multiple batches to heat up for chai lattes throughout the week.

Tea Sommelier’s Tip: Since there are so many spices and flavors combined together, you don’t need to use the highest quality black tea. Feel free to use tea sachets or tea bags instead of loose tea.

Strain out tea and spice solids using a mesh strainer.

Bring milk to simmer on the stovetop. When you see little bubbles form along the edges, take it off the heat. Keep an eye on it to make sure it doesn’t boil.

There are a few ways to make whipped cream and the easiest I’ve found is using a handheld milk frother to whisk the heavy cream and sugar together. Use a tall container so that you don’t make a mess.

I like to make the cream with soft peaks and not too stiff so it lays on top of the chai latte better, spreading out on top.

Start by pouring half a cup of the chai concentrate into a mug.

Add the hot milk, leaving room on top for the whipped cream.

Spoon on the whipped cream.

Optional: Garnish with ground cinnamon and a whole star anise. 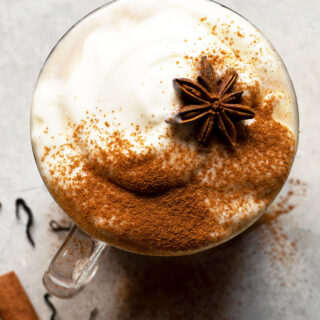 Instead of 2 tablespoons loose tea, use 4 tea sachets or 6 tea bags. 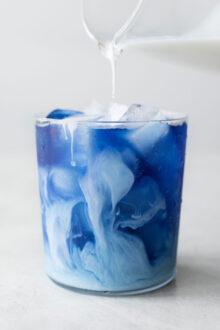