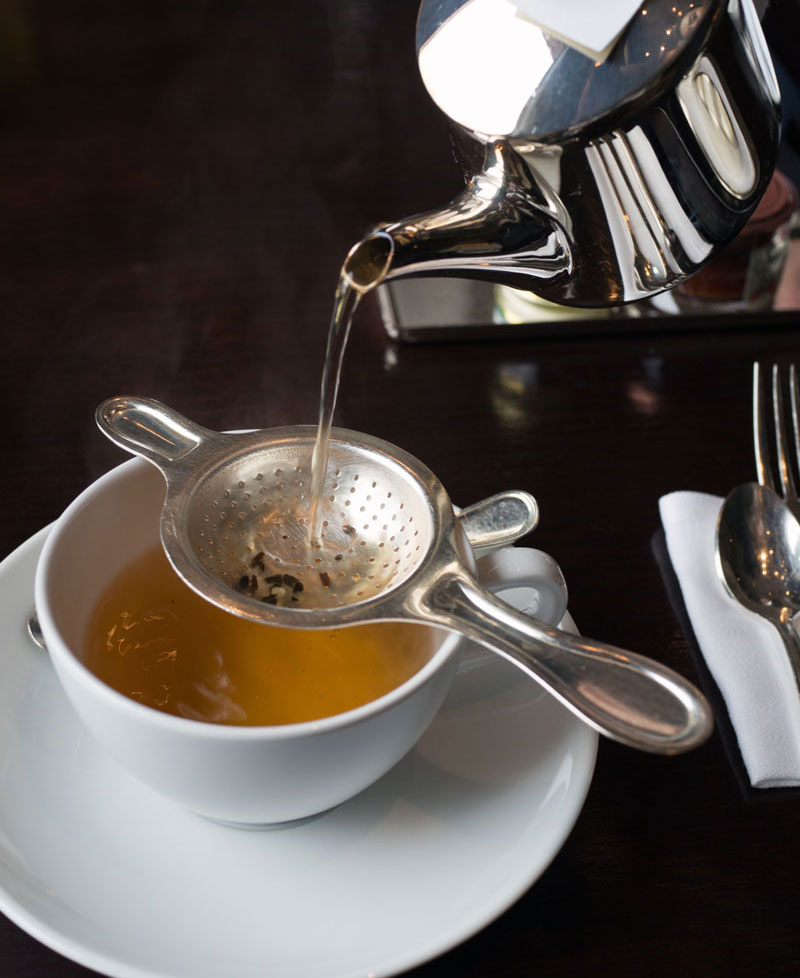 Is Afternoon Tea the Same Thing as High Tea?

Nope! Many people refer to “afternoon tea” as “high tea” but this is simply incorrect. Afternoon tea and high tea are completely different types of meals.

Afternoon tea is a light meal composed of three course of tea sandwiches and savories, followed by scones with clotted cream and jam, and ending with sweet pastries. Everything is bite-sized and eaten with fingers.

Afternoon tea time is around 4PM,  between lunch and dinner. The light meal is not meant to replace dinner but instead to tide you over until dinner which was usually at 8PM for the upper class.

The concept of afternoon tea started in England in the 1840s when The Duchess of Bedford wanted a small bite between lunch and dinner.

It started out as just tea and a small snack. but the popularity grew once she started inviting her friends over and it became a social gathering for the wealthy social class.

Afternoon tea is also called ‘low tea’ since they were enjoyed on low tables with comfortable chairs and sofas in the drawing room.

What is High Tea?

High tea on the other hand was a working class family evening meal or supper.

It consisted of hearty dishes and high tea time was between 5PM – 7PM after the working class came home from work.

Instead of small crustless finger sandwiches, a high tea menu consisted of meat dishes, potatoes, baked beans, and other heavy dishes. It was meant to nourish the after a long day at work.

It definitely was not about living the life of luxury.

High tea was named for the high dining table where supper was eaten.

So Why Do People Still Call it High Tea?

Because they think it sounds fancier. And establishments that offer afternoon tea sometimes call it high tea to market to people who don’t know better. Even in England where afternoon tea originated, you may see luxury hotels offering high tea to attract tourists.

So the next time your friend wants to go for ‘high tea,’ give them a big eye roll and say: “But I don’t want a meat pie, I want dainty finger sandwiches.” At this point, you can continue being a jerk and playing dumb or you can just understand they actually mean afternoon tea.

What are the Different Types of Afternoon Tea?

Afternoon tea is made up of three courses of food with a pot of tea. There’s the savory course with tea sandwiches, the scones course served with clotted cream and jam, and finally, the third course of sweet pastries.

Low tea is another name for afternoon tea.

Cream tea is a pared down version of afternoon tea with just one course — the scones.

RELATED: How to Eat a Scone Properly

Royal tea is a pricier version of afternoon tea due to the addition of Champagne.

Should I Smack Someone in the Face if they Call Afternoon Tea, High Tea?

I would advise against it.

So I Shouldn’t Invite Anyone to My High Tea Party?

If you want to dress like a factory worker in the 19th Century and serve kidney pies and mugs of tea, please go right on ahead!

27 thoughts on “Difference Between Afternoon Tea and High Tea”